Whenever we travel, sometimes we just like to leave some empty slots for us to explore and discover something new that will surprise us. That was what I did for my lunch and never did I expect to be walking into a popular mandu (dumpling) place called Bukchon Son Mandu (ë¶ì´Œì†ë§Œë‘) in Insadong. I only know about its popularity after my meal. 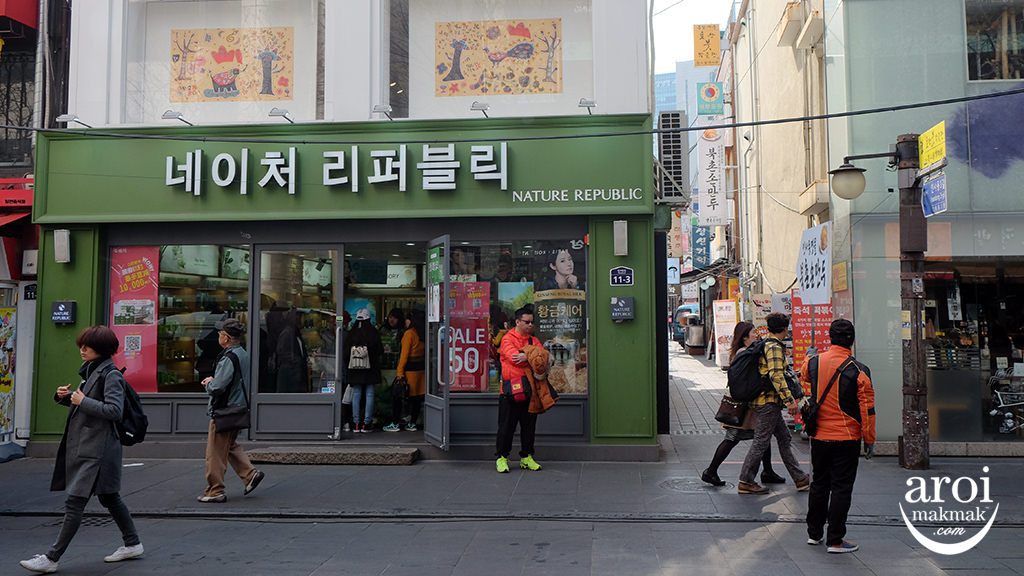 As you walk along Insadong, you will notice some guys holding on to a board, directing you to the inner streets where you will find more “hidden restaurants”. 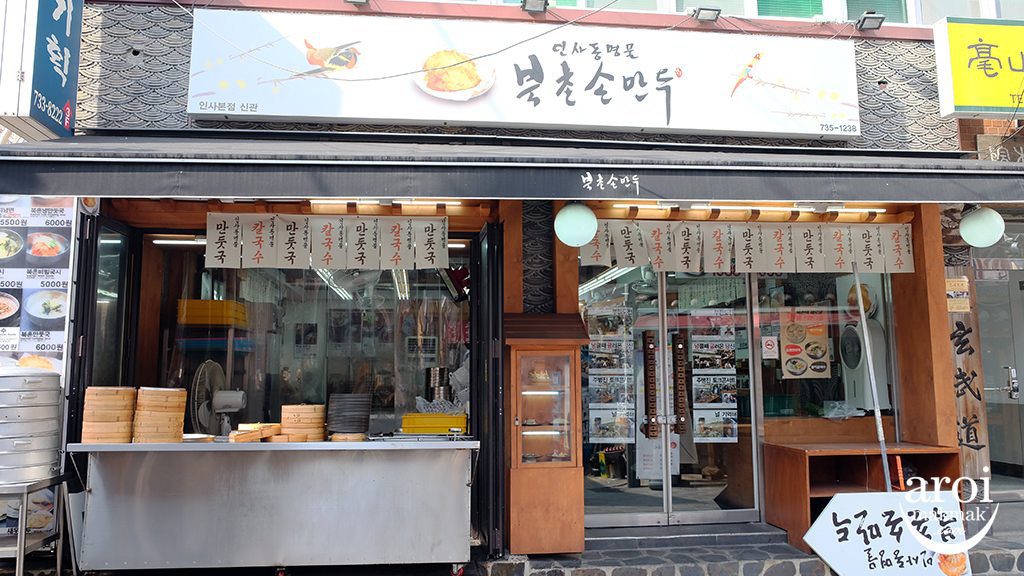 Seeing that it was a mandu (Korean-style dumpling) restaurant, I had the urge to try it since I had not had  anything like this in Seoul yet. 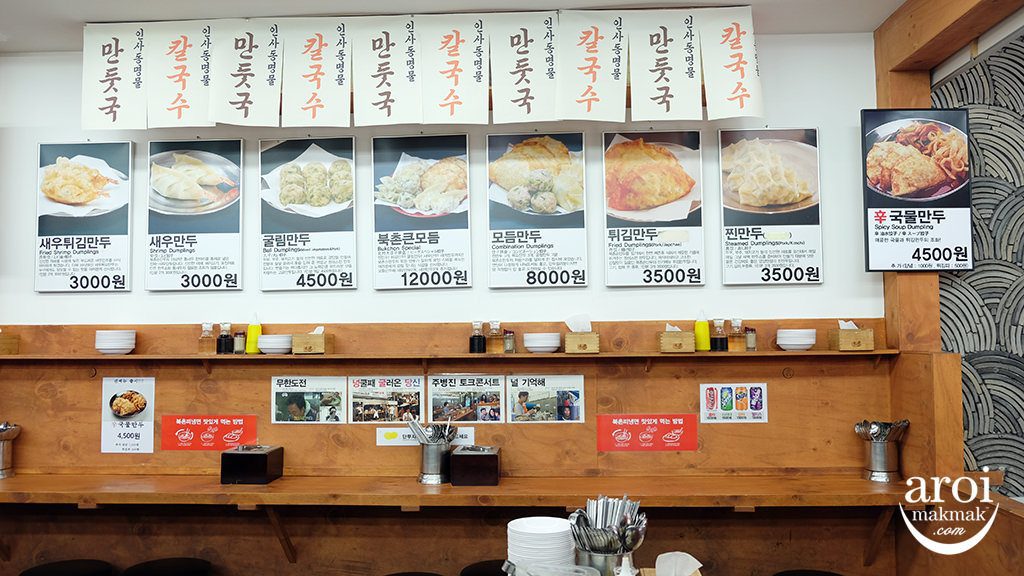 The photos on the wall told me that this should be a popular restaurant. 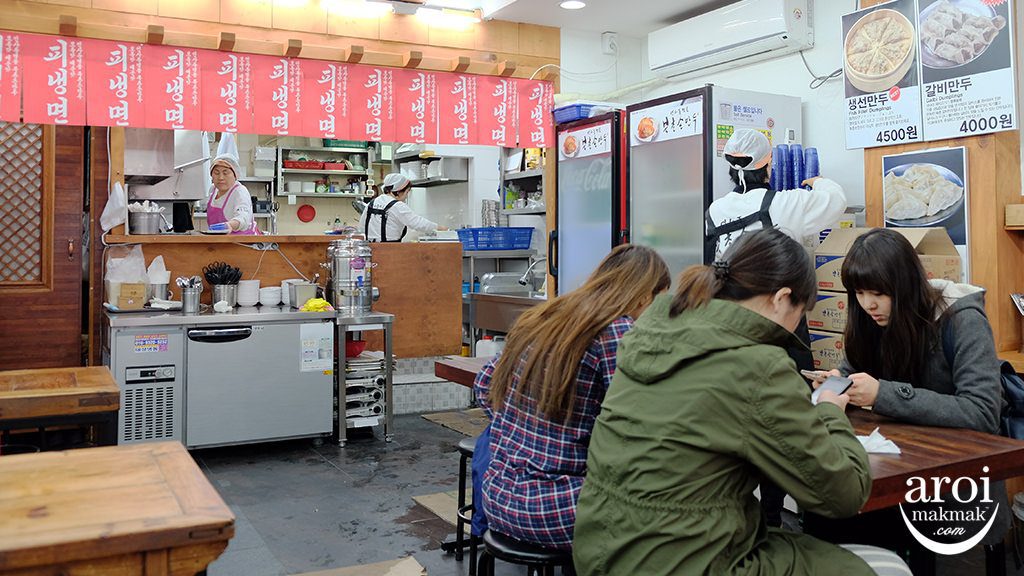 The different dumplings on the wall looked delicious and I wished that I could have a bite of each to taste all of them. 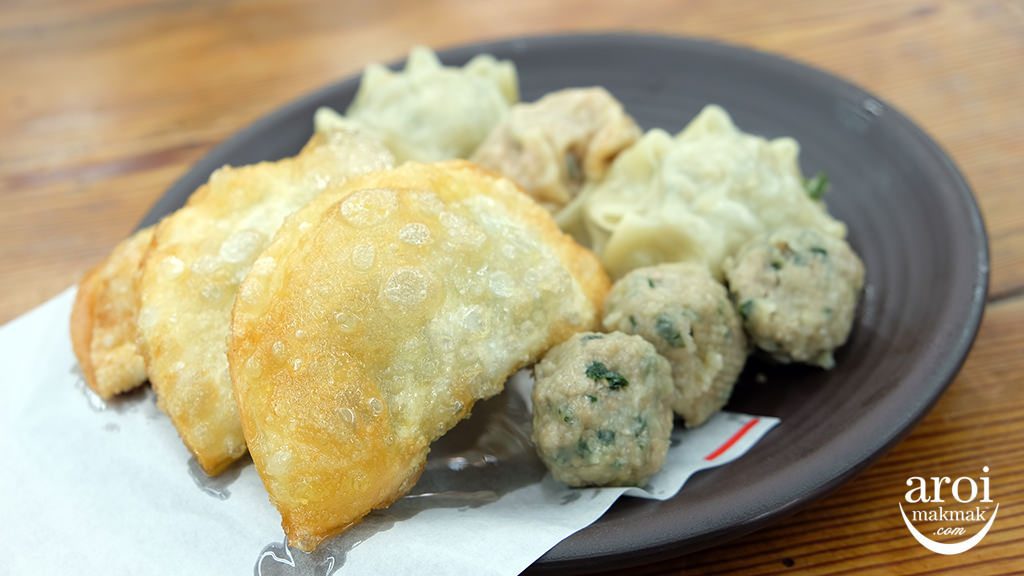 I ordered the Combination Dumpling [8000â‚©] which had a mix of both fried and steamed dumplings. However, I was surprised by the portion though as it’s quite big. It was definitely meant to be shared.

I personally preferred the fried dumplings as it had more texture due to the crispy bite. The steamed dumplings were alright for me but the exceptional one was definitely the fried version. 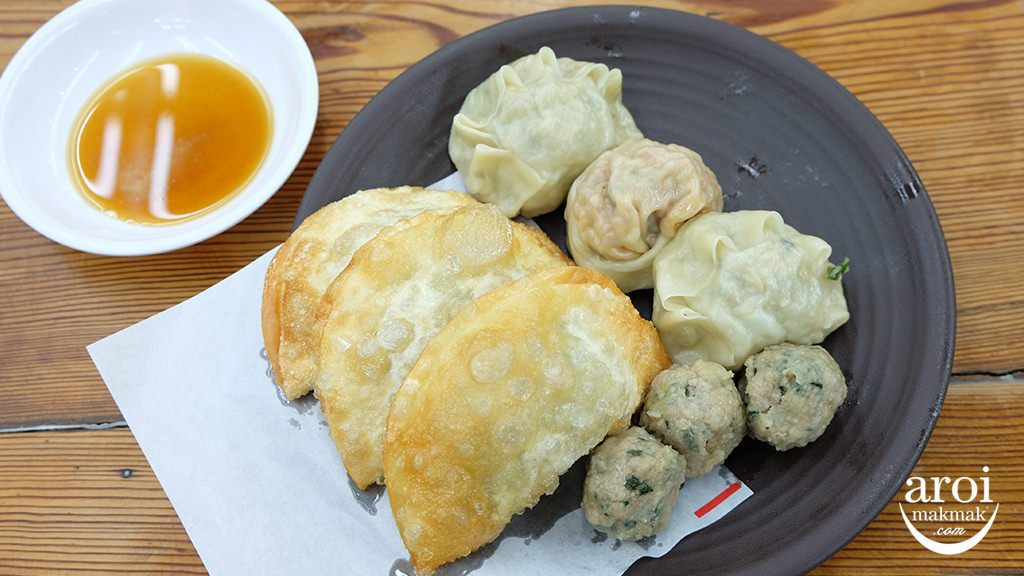 Don’t forget to dip the mandu into the soy sauce provided.

Bukchon Son Mandu is considered one the best places in Seoul for mandu, so if these interest you, be sure to try it out!