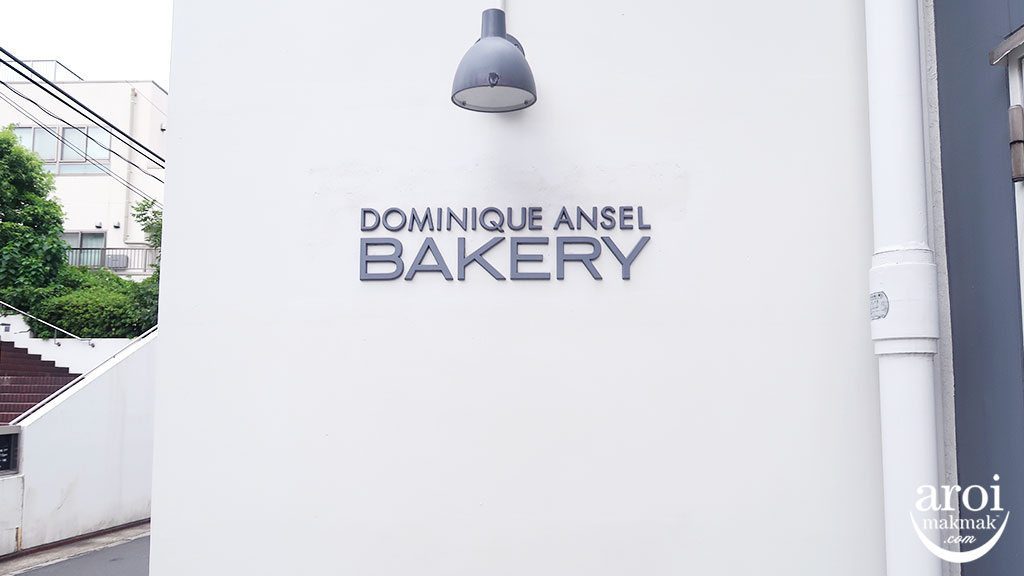 If you’ve read our previous article on Dominique Ansel Bakery, then you’d know  that they’re famous for their Cronuts, Frozen S’more and Cookie Shots! As part of their second year celebration for the bakery in Tokyo, Ansel has introduced two of their most interesting creations to the menu – CrÃ¨me de la Corn and  What-a-Melon Ice Cream Sandwich! 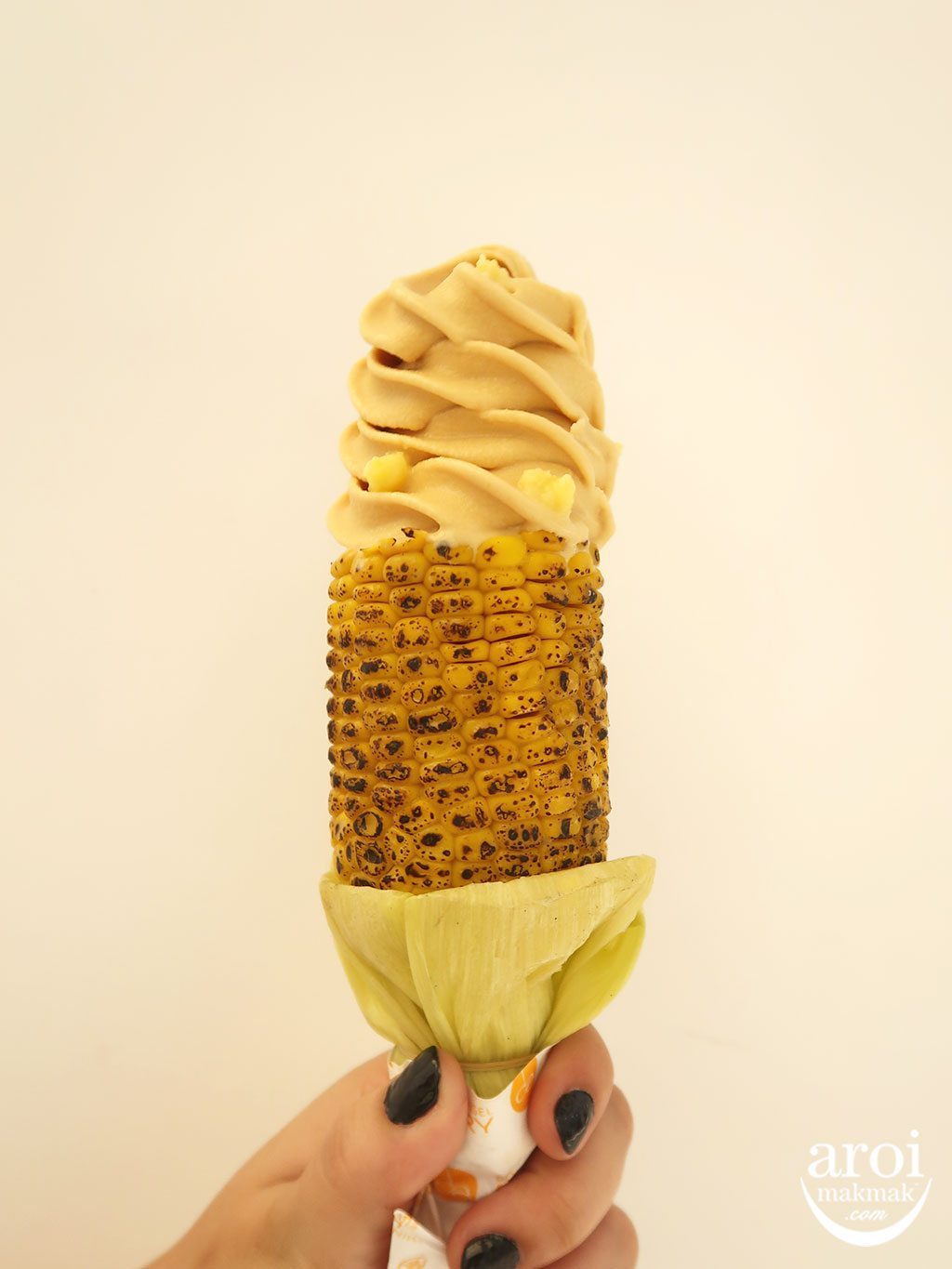 Apart from it’s unique and “corny” aesthetic, the flavour of this dessert surely did surprise my tastebuds! The caramel corn soft serve that was accompanied with the corncob had a very strong caramelised tasted to it. I would say that it  was a strong flavour that only a few could appreciate as the taste of the corn was quite overpowering and it was more savoury than sweet when eaten together with the corncob. 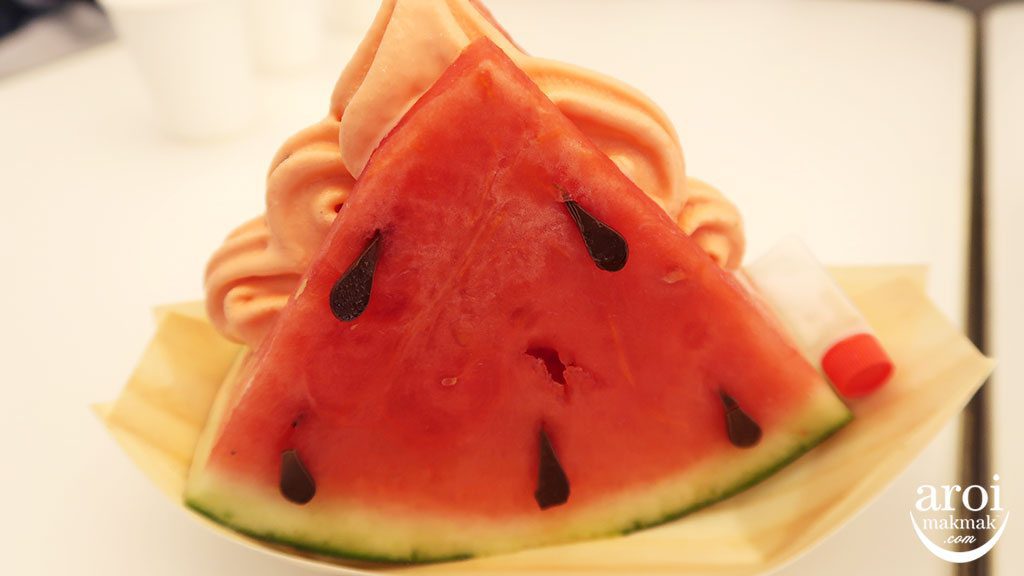 What-a-Melon Ice Cream Sandwich  – Another wild creation by Ansel would have to be his  What-a-Melon Soft Serve. This Instagrammable  dessert includes a fresh slice of watermelon that sandwiches Ansel Bakery’s own watermelon soft serve in between it.

The watermelon is also decorated with chocolate seeds on the outside to make it look a little more like a, well, watermelon. The dessert also comes along with a small bottle of sea salt that you can choose to sprinkle on top of to add on more flavour. Personally, I would recommend having a few napkins set aside when having this dessert because I experienced that it was difficult eating an ice cream sandwich, just like this one, be it with or without utensils. Flavour wise, I would prefer having the watermelon and the soft serve on its own without the salt because it was the flavour was a tad too intense for my tastebuds. Nonetheless, the slice of watermelon and the soft serve was really refreshing! 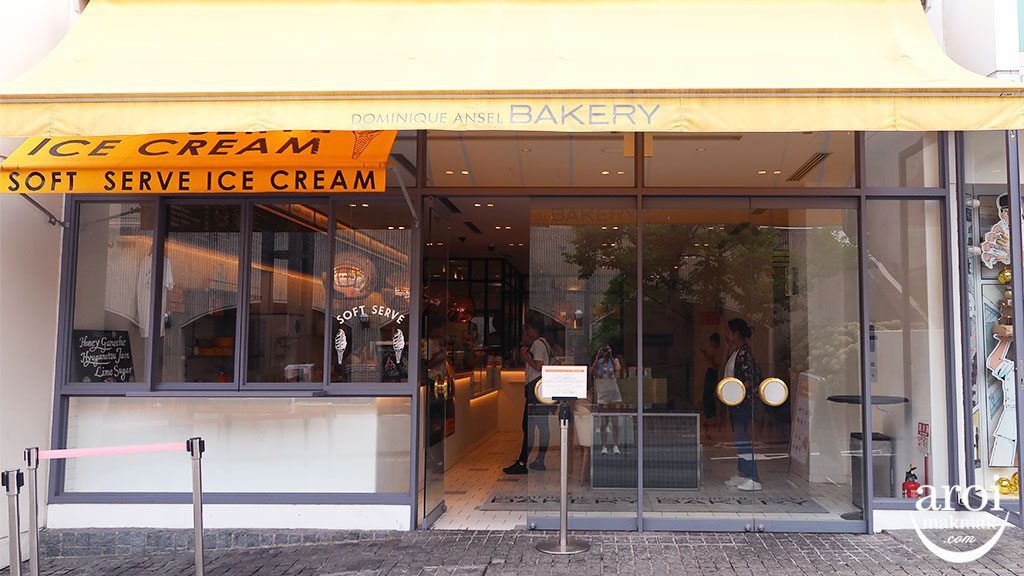 We went to the store located in the Harajuku area where it was hidden away from  the hustle and bustle of the streets  in the city. I have to agree that it is a great respite to go to especially on a hot summer afternoon in Tokyo.

If you’re interested in trying out new and innovative desserts, you can try out these ones at any Dominique Ansel Bakery outlets in Tokyo. They will only be available until the end of September and they usually sell out really quick, so it’s best if you visit the store as soon as you can!