There are no shortage of places in Seoul to eat Korean Fried Chicken (KFC). In Korea, KFC doesn’t relates to “Kentucky Fried Chicken”. If you want a place that is popular with locals, check out Hanchu Fried Chicken.

Hanchu is not a franchise and so there’s only one place in Seoul to eat their chicken. They are also ranked one of the best! 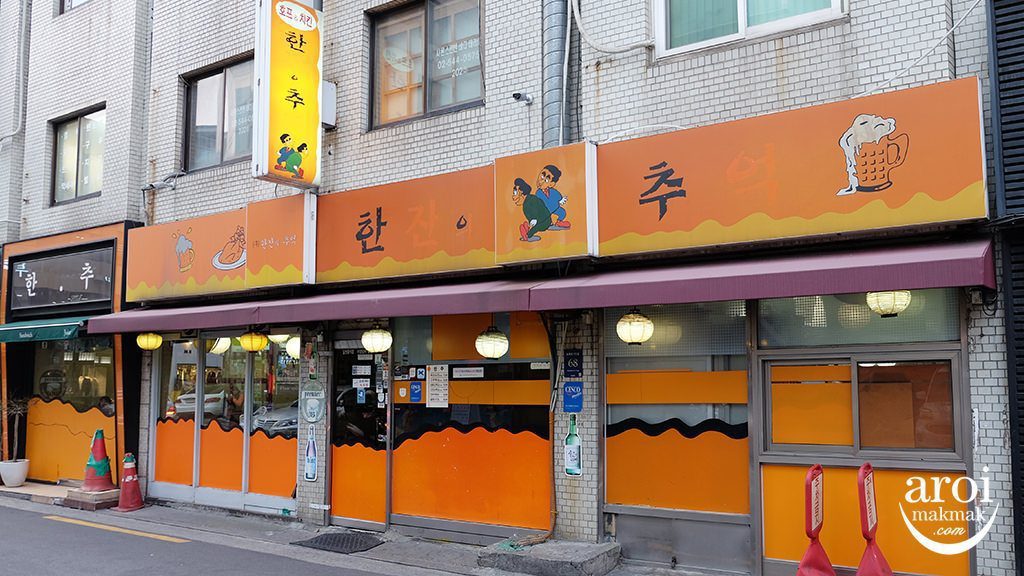 I needed to make sure I get to try the famous fried chicken here! 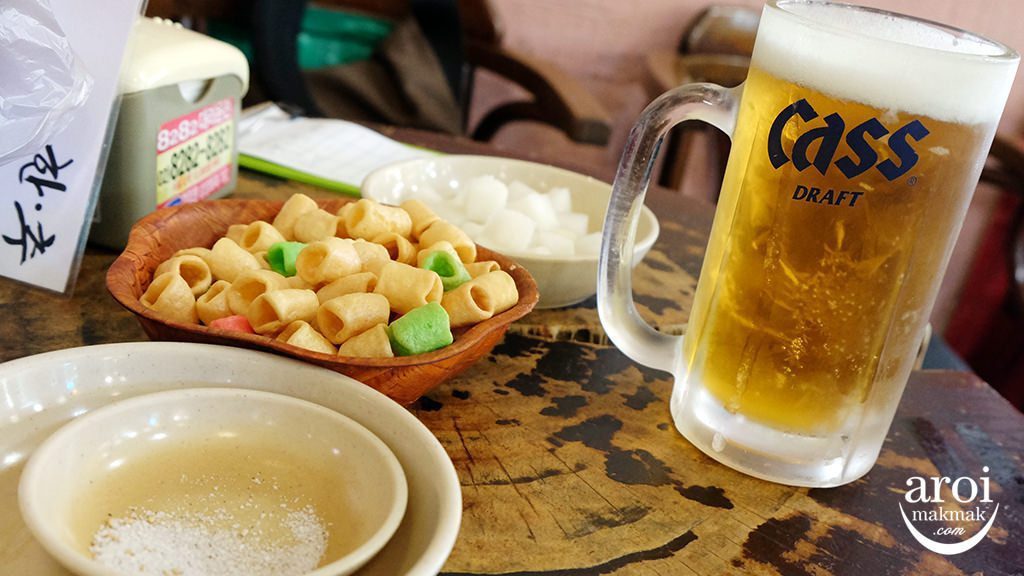 They serve complimentary pickled radish and crackers before the main star arrived. When eating fried chicken, a good choice would be to go with beer, and so that’s why you see a glass of beer on the table.

Hanchu’s chicken pieces are  double fried, resulting in a very crispy bite. The batter is  mixed with green peppers and hence it gives you a hint of the pepper which actually works well.

The portion as compared to other KFC was smaller and perhaps that is what makes it even more addictive.

Other than the original Fried Chicken, they also have it with  spicy sweet sauce [18,000â‚©]. If it’s your first time here, I say go for the original first.  You might also want to try another highlight here  –  Fried Green Pepper with Pork [13,000â‚©].

While I was there,  Descendants of the Sun was actually on the TV screen, so I was just literally eating and enjoying the show. 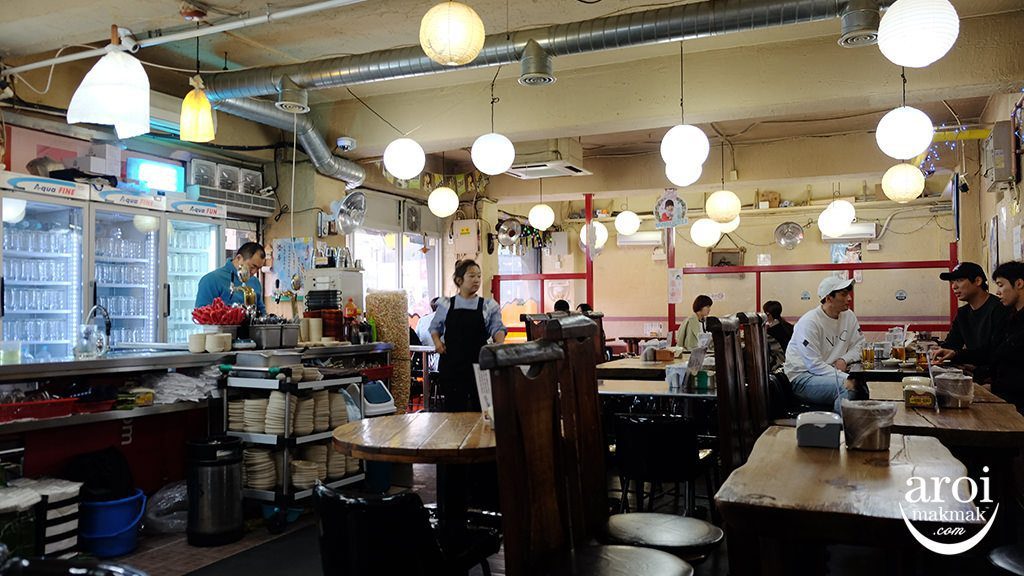