[CLOSED][SG] Rochor Thai – Authentic Central Thai dishes That Transports You Back to Bangkok!

As much as I love Thai food, I try to avoid higher end Thai restaurants because I’m afraid of the disappointment. However, there are a few of such Thai restaurants gaining popularity in Singapore. One of them is Rochor Thai.

I wanted to celebrate AroiMakMak’s 4th Anniversary with my Singapore based writers (Jo Ann & Shazrina) so we came  here to try! 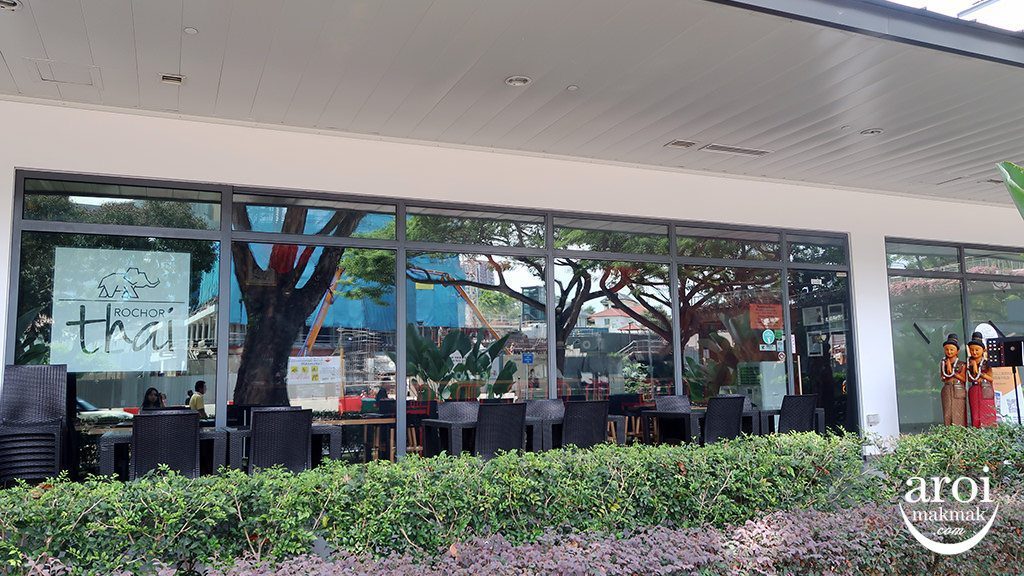 Rochor Thai began operations in 2012 (similar to AroiMakMak). They were originally at  Joo Chiat. However, due to tenancy  issues, they had to close and now they have  reopened at Novena Regency. 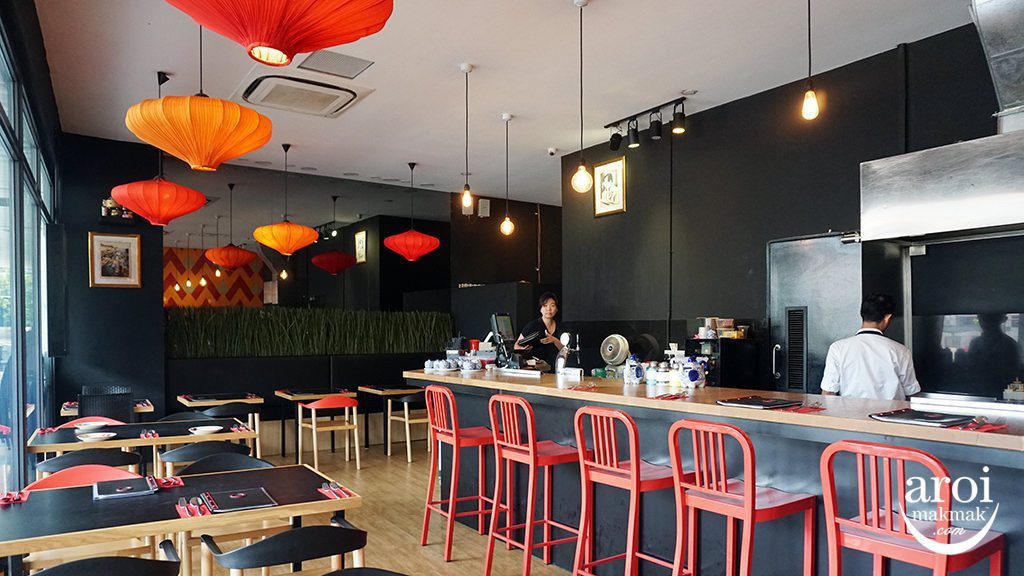 I love speaking to owners to find out more about their food, restaurant and concept before I write about them.

According to the affable chef and owner, Joel, the food here is basically Central Thai food, what most of us are familiar with, the food from Bangkok. Many restaurants serve Thai cuisine from North-East which is  very spicy and sour. Hence, Joel wanted to bring something which is strong-flavoured, well-balanced but still would suit local  taste buds. 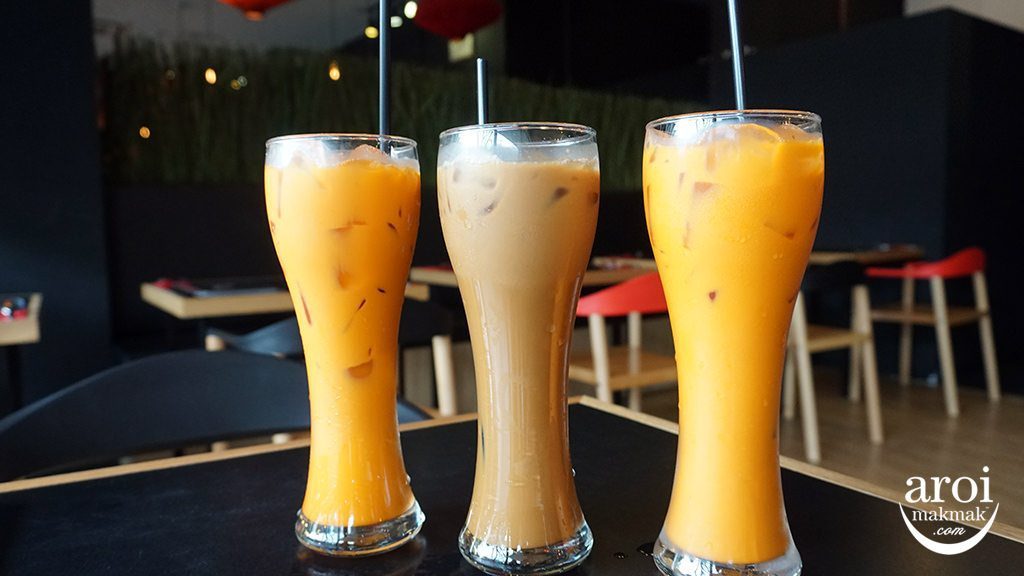 Let’s begin with the drinks. We ordered  Thai Iced Milk Tea  and  Thai Iced Coffee  at S$5.80 each. The taste was authentic but wasn’t too sweet and strong, so it would suit most palates. 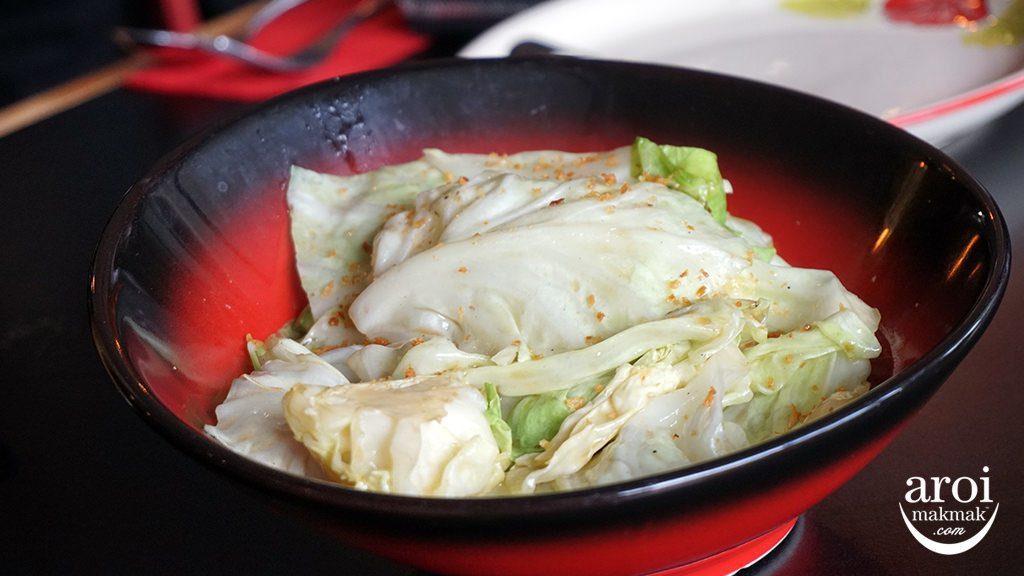 Cabbage with Fish Sauce | Kalum Pad Nampla  [S$12] – It looks really simple but don’t underestimate the flavour from the fish sauce. It  goes well with the crunchy yet soft cabbage. This version is a little on the sweet side though. 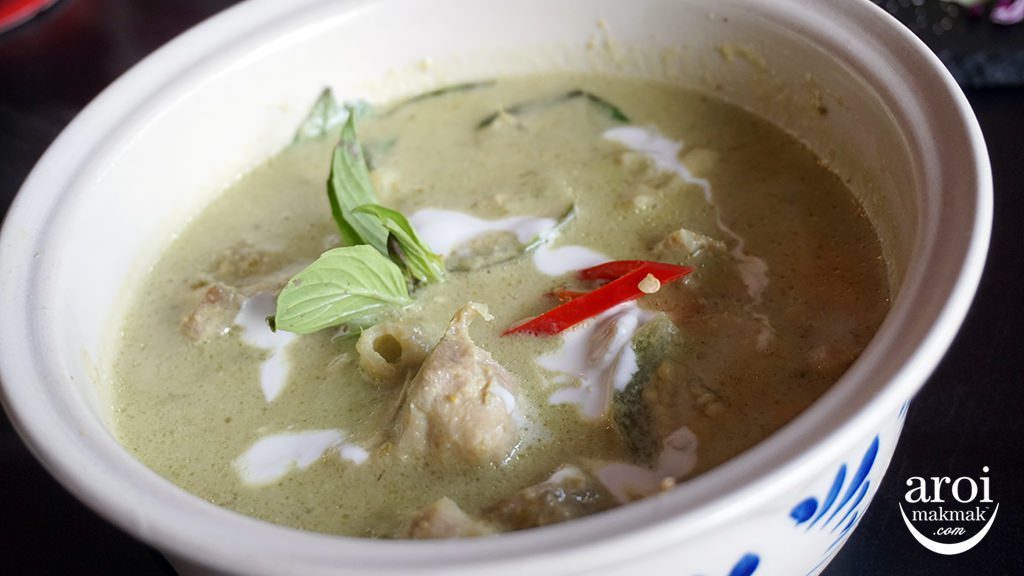 Green Curry Chicken | Gaeng Kaew Wan Gai  [S$15] – They make their own green curry paste and what I like about this is that’s it’s not too thick or diluted but on point. The flavours were quite balanced unlike some other places which serves a stronger version somewhat overpowered by basil leaves. They use fresh chicken thighs so you get to enjoy tender chicken pieces too. This dish goes well very rice! 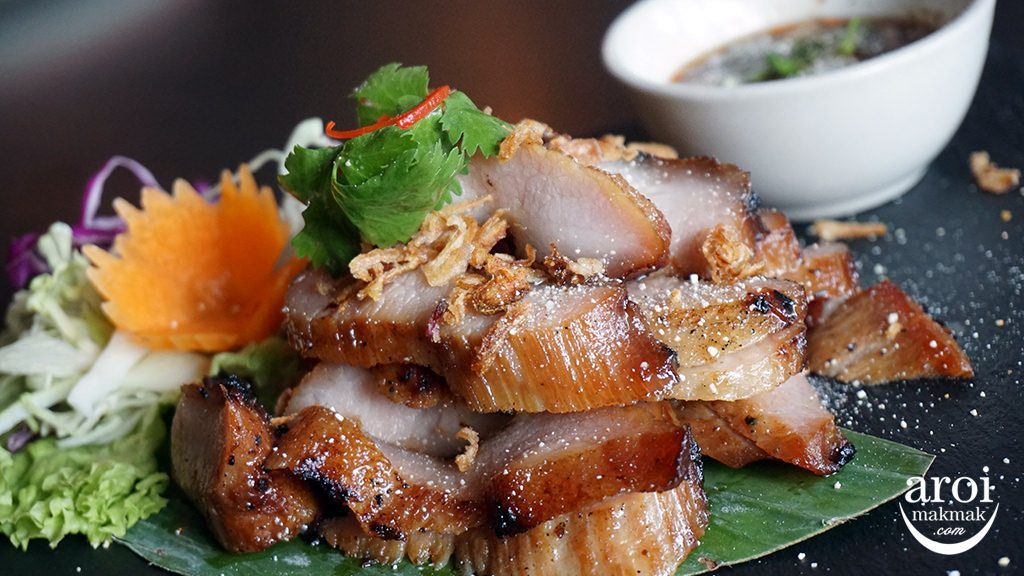 Grilled Pork Collar | Kor Moo Yang  [S$19] – I would say this is the best version of Grilled Pork Collar I have tried in Singapore! I’m especially particular when it comes to authentic Thai dishes but this one won  me over. Of course, don’t expect street food price though. This one costs S$19 but for the quality, it is worth it considering other restaurants also price it  similarly.

The pork was so well grilled with some caramelized parts. Smoky, fatty and tender, the way it should be. You have to dip it in the sweet tamarind sauce provided to enjoy the  pork collar. 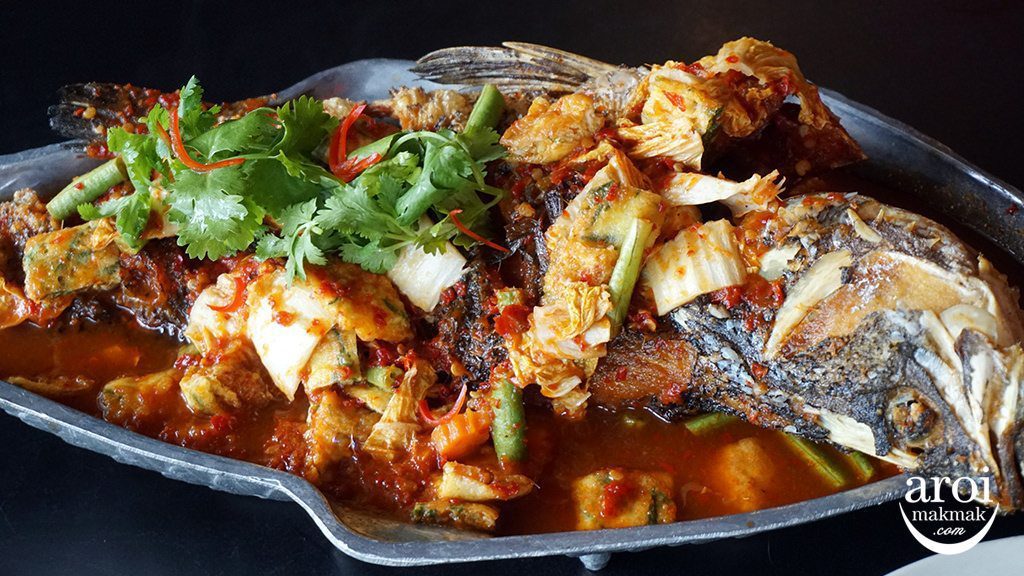 Orange Curry Fish Broth (Thai Assam) | Gaeng Som Pla  [S$32] – We ordered the whole fish which is about 800”“900g.)  They also have the fish fillet version at S$21. In Thai, we call this kind of soup Gaeng Som, made using tamarind, plum sugar and fish sauce. It’s a little like Assam.

If you have not tried it before, give this a shot if you love something a little sour. You will also get to try the mini acacia omelette also known as Cha-Om. It’s not easy to find this dish even in Bangkok.

“If it isn’t good, I won’t even dare to recommend,” Joel said with confidence. And so we waited. 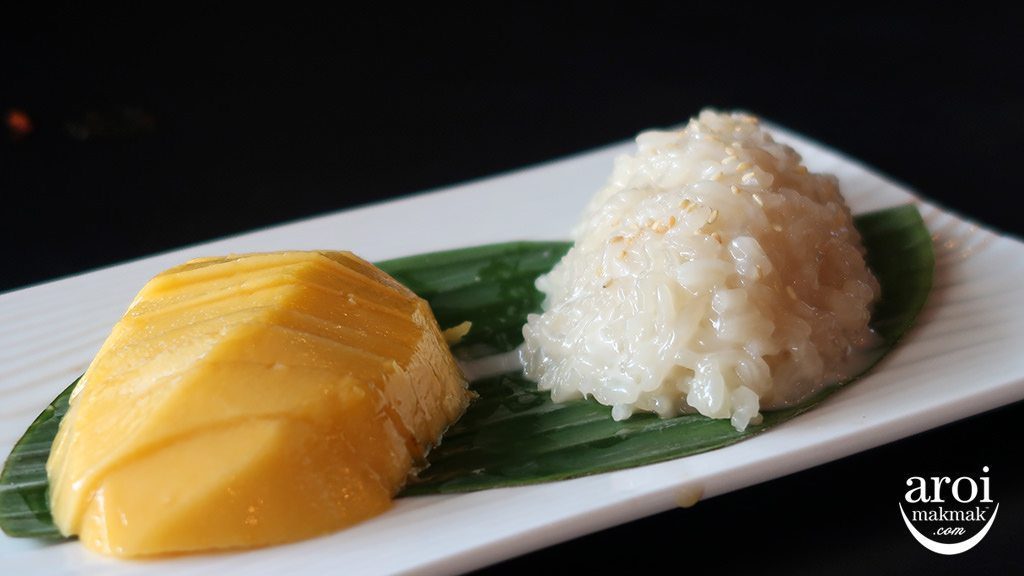 Mango Sticky Rice | Khao Niew Ma Muang  [S$8] – When it was presented, I said “Got hope!”. And so  it was put to the ‘Emperor’s Taste Test’.  Wow, it was really good, as good as those you find in Bangkok!

The sticky rice was well executed and evenly coated with coconut milk around each rice  grain! For Singaporeans who have not been to Thailand, this is how it should be! 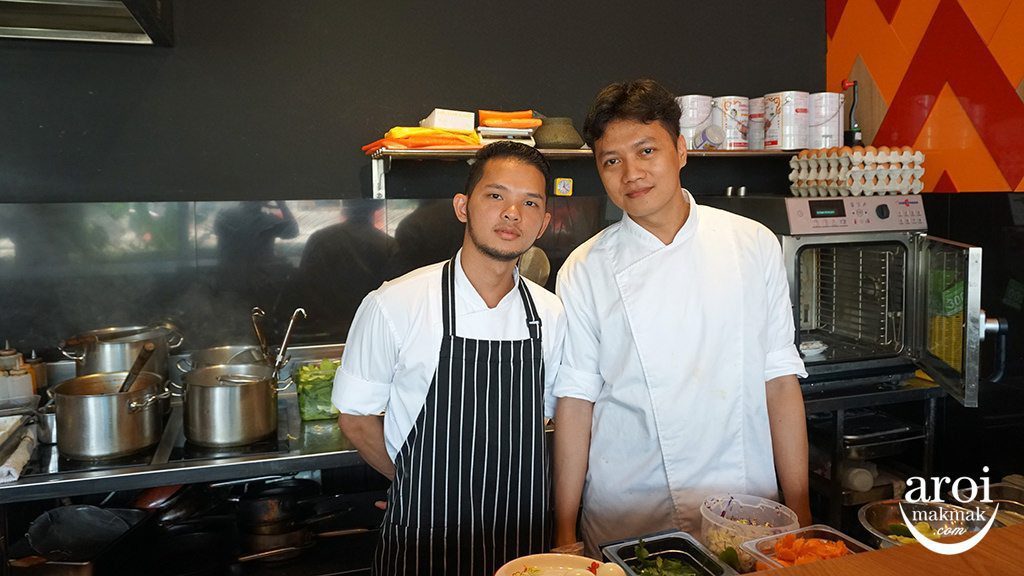 With Thai chefs around, you know that your Thai food will be good! 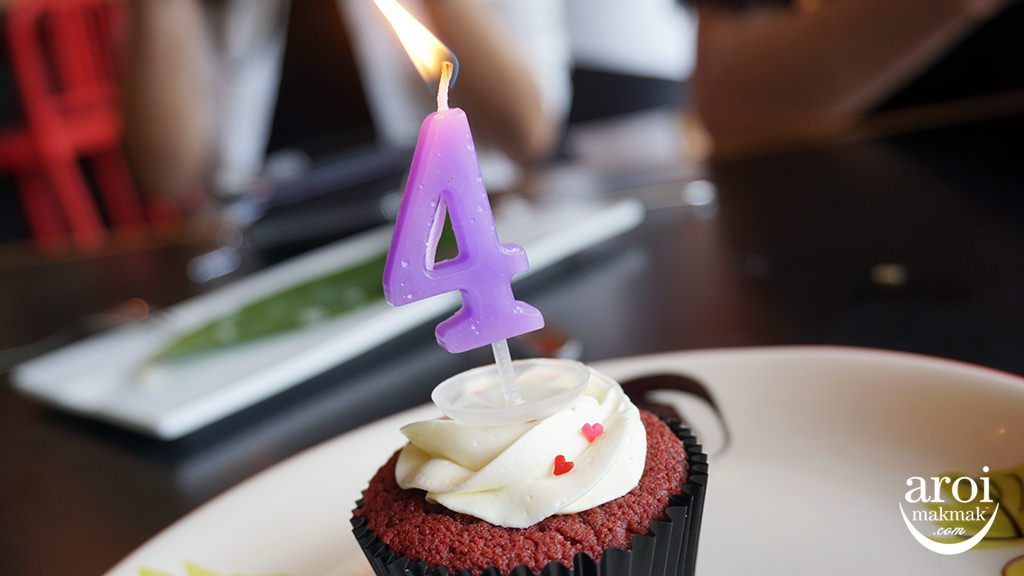 Jo Ann bought some cupcakes from The Frosted Chick to celebrate AroiMakMak’s 4th Anniversary! I love the cupcakes, they were so delicious!

I haven’t had such good Thai dishes in Singapore and the dishes here especially the Grilled Pork Collar and Mango Sticky Rice won me over. These dishes might look  easy to prepare but  they are  not easy to get right, in terms of the consistency and authenticity. The use of spices here, although makes some of the dishes slightly spicy, is to enhance the taste and  wont leave you numbed in a fiery mess. Rochor Thai managed to hit the right spot on the dishes. You will leave the restaurant happy.

Anyway, I know that prices here at Rochor Thai might not be as cheap as your favourite Thai restaurants, but you really have  to make a trip to try for yourself because Joel has kindly decided to offer a 10% discount  for all AroiMakmak fans! 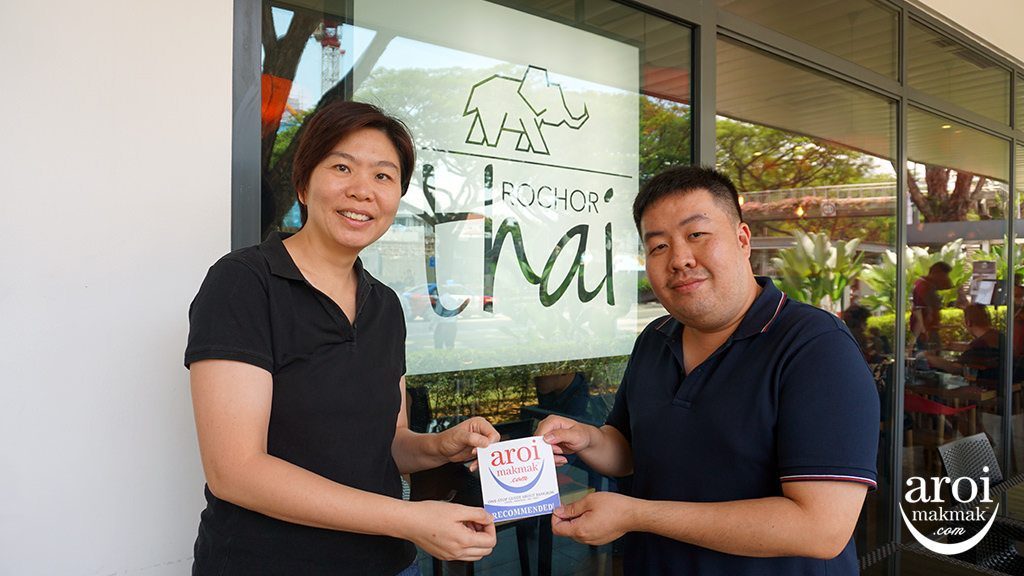 Rochor Thai’s set lunch starts from $S10.80 and each meal comes with drinks such as Thai Milk Tea / Thai Lemongrass. 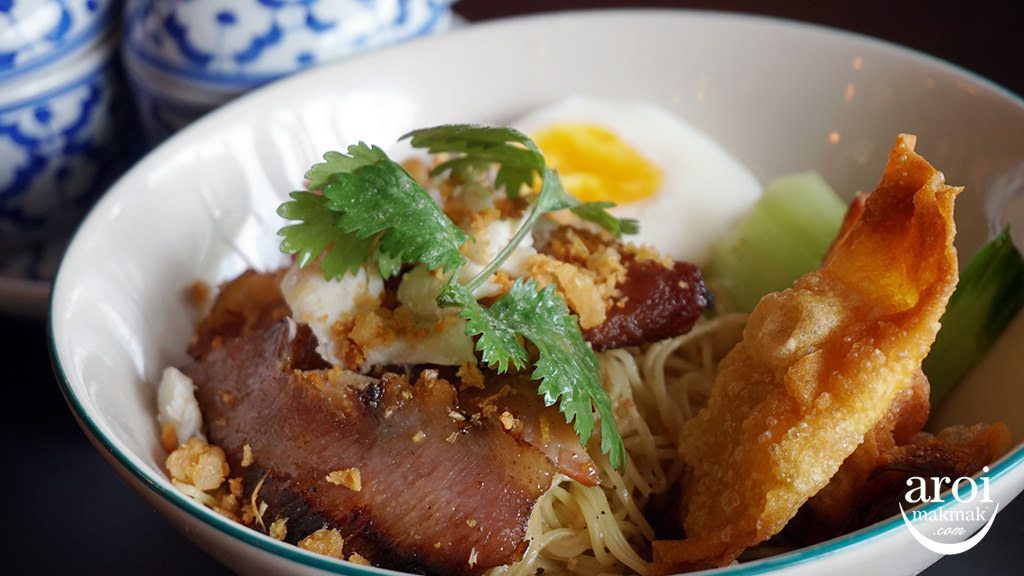 Wanton Mee – I like the texture of the noodles and what makes this even more special is definitely the grilled pork collar and crab meat which comes with it. 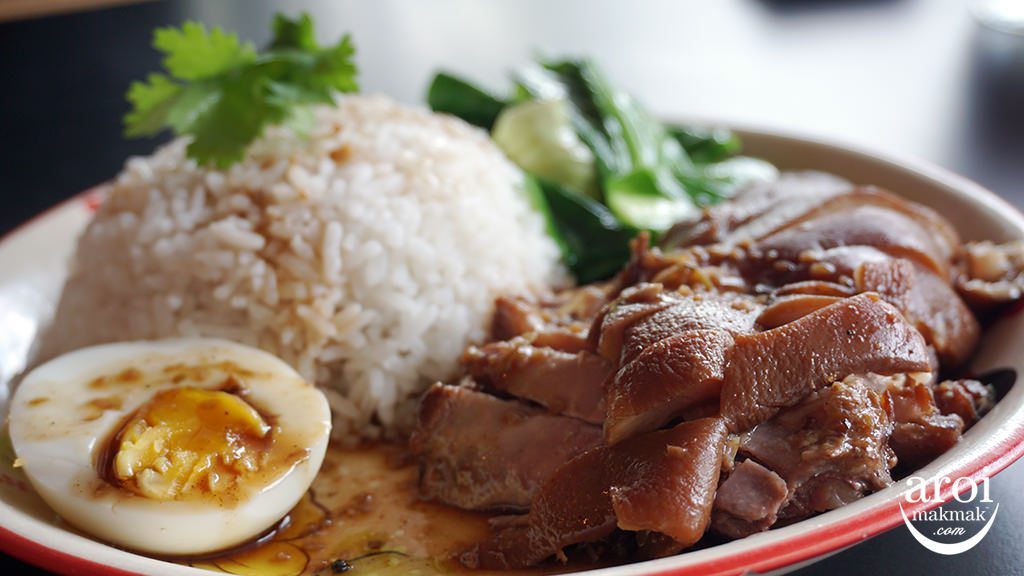 Braised Pork Trotters Rice – The pork here has some bite to it compared to those in Bangkok which is  actually softer and tender. It really depends on your preference. 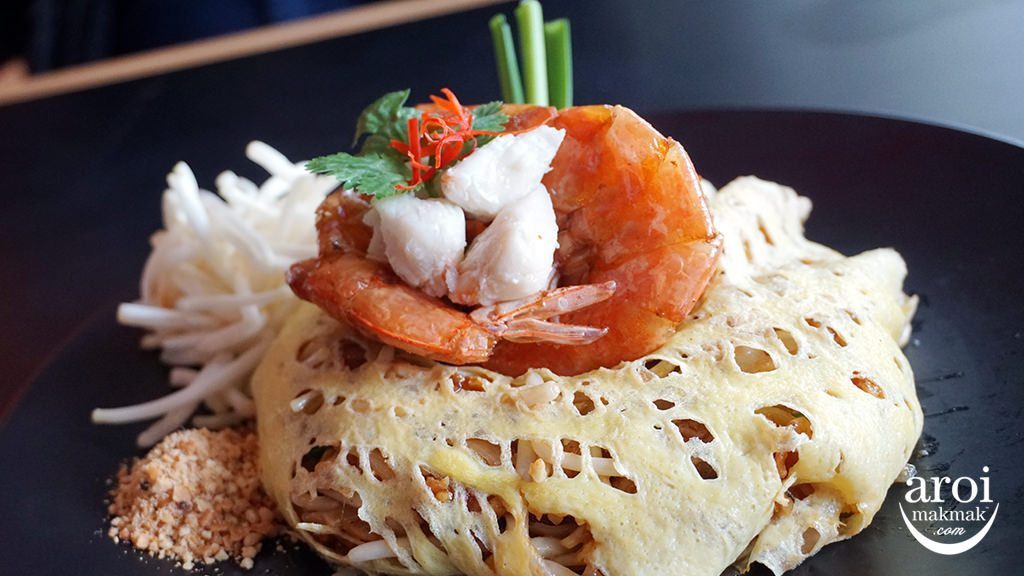 Pad Thai – Probably the most “value-for-money” dish among their set lunch offerings considering the way it is presented and the ingredients used. The Pad Thai here gives you the taste which you get from Thailand but the tamarind sauce may or may not be what you expect.

On 20 October 2016, Rochor Thai is having  a one day dinner event, with a specially crafted set menu with every item from  the  main menu. The dishes are based mainly on Central Thai flavours, similar to most of  Rochor Thai’s style, and most dishes are not as  known to Singaporeans. 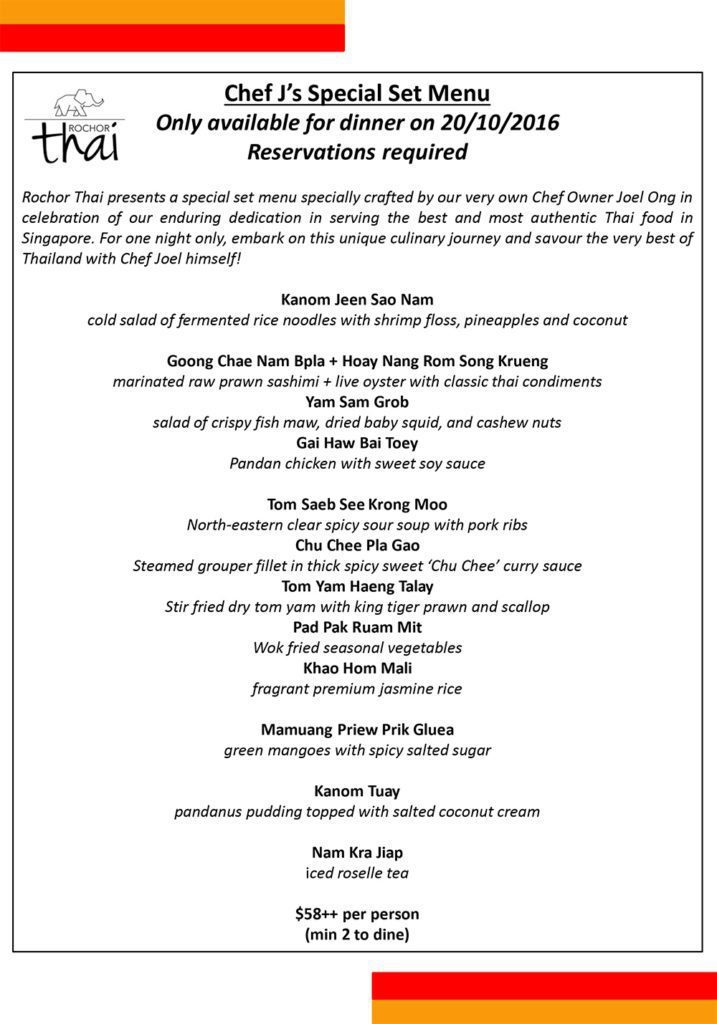