The insanely popular  NYC burger joint, Shake Shack, has made its way to Seoul, opening its launch store on the main streets of Gangnam-gu. 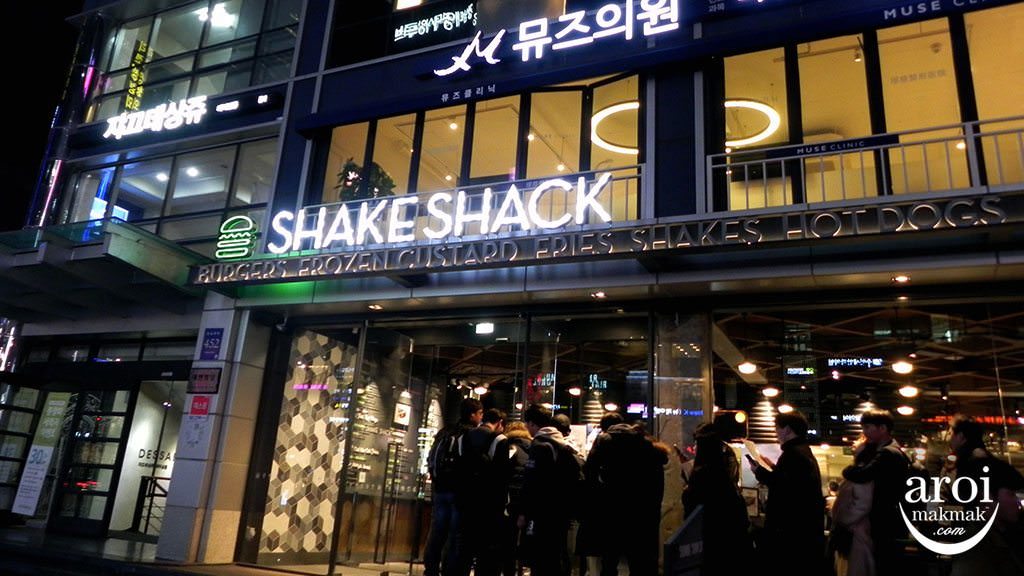 We thought that we would have escaped the dinner crowd since we arrived at 8pm but nope, there was still a snaking long queue outside the store when we arrived. However, we were impressed at how efficient the staff were, because we were given a menu while waiting in line to speed up our ordering! The long queue moved pretty fast too, so the waiting time wasn’t as long as we had imagined it to be :) 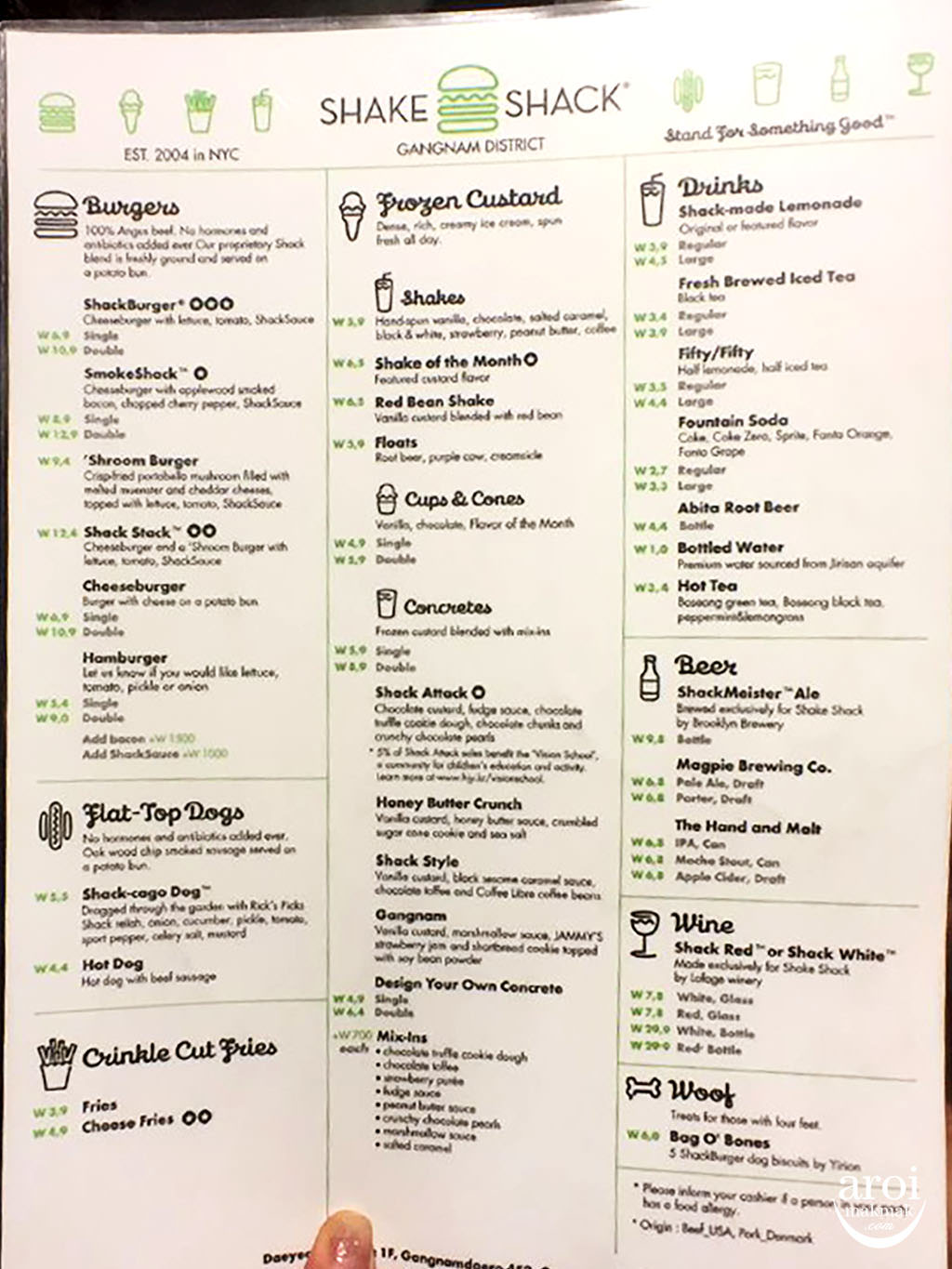 They handed us an English menu, which made ordering so much more tourist-friendly. Prices are definitely a little steeper than what you usually see at regular fast food restaurants, but I guess you really pay for what you get! 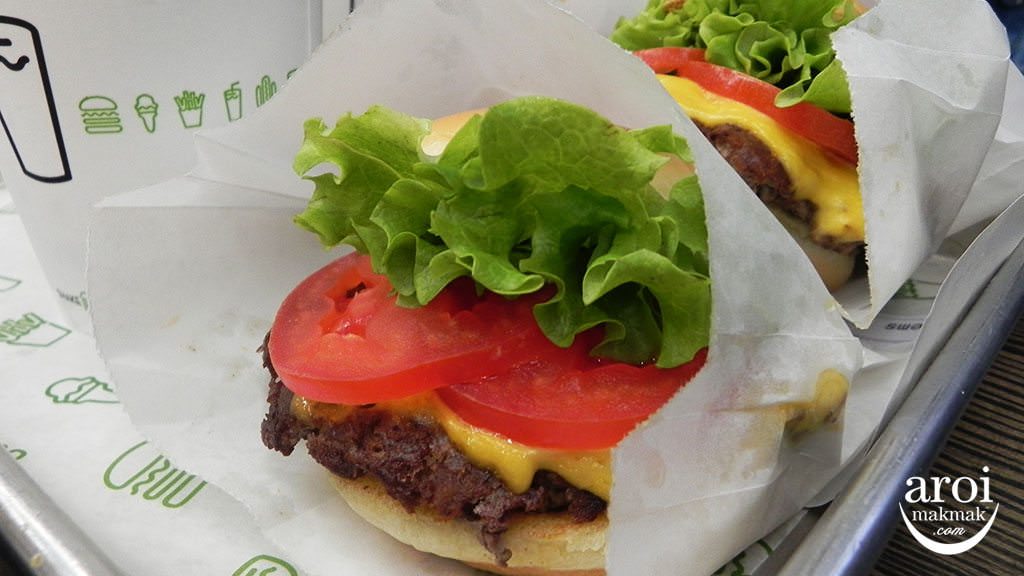 We ordered the classic ShackBurger (â‚©6,900), which consists of a Cheeseburger topped with lettuce, tomato & ShackSauce. Just like how it looks, it tasted like a simple yet it was such a satisfyingly good cheeseburger. The meat patty was juicy and moist, and I didn’t feel like this was overly greasy after I was done with it.

We topped up a dollar for Shake Shack’s crinkle cut cheese fries which cost us 4,900 Won. The cheese tasted fresh, but the flavour wasn’t strong or impressive – something that we could have done without. Would probably order them without the cheese the next time I visit.

The fries were good though! They were hot and crispy, but I guess we had high expectations for them and they didn’t surpass our expectations. Take note that the portions given are big, so two portions of fries for 4 was more than enough!

One of the MUST-TRYs when you are here at Shake Shack – Milkshakes. Choose from handspun vanilla, chocolate, salted caramel, black & white, strawberry and peanut butter (5,900 Won). We ordered the salted caramel and the chocolate milkshakes, and both of them were equally mind-blowing! They tasted creamy and the flavours were spot-on, leaving us wanting more. Truly one of the highlights of the meal.

I really enjoyed my first experience at Shake Shack, even though I’ll admit that the prices here aren’t the most wallet-friendly. If you’re a burger lover and really want to see what the hype over Shake Shack is about, I would say go for it! :)

About the Author: Kai Li Soh

Happily born and raised in Singapore, Kai Li is fresh out of college and waiting to enter university soon. During her free time, she enjoys sourcing for great shopping deals, hunting down the latest trendy food in Singapore with her friends and is always up for new experiences! Hop on over to her Instagram @omgitskaili to find out where sheâ€™s heading to next!