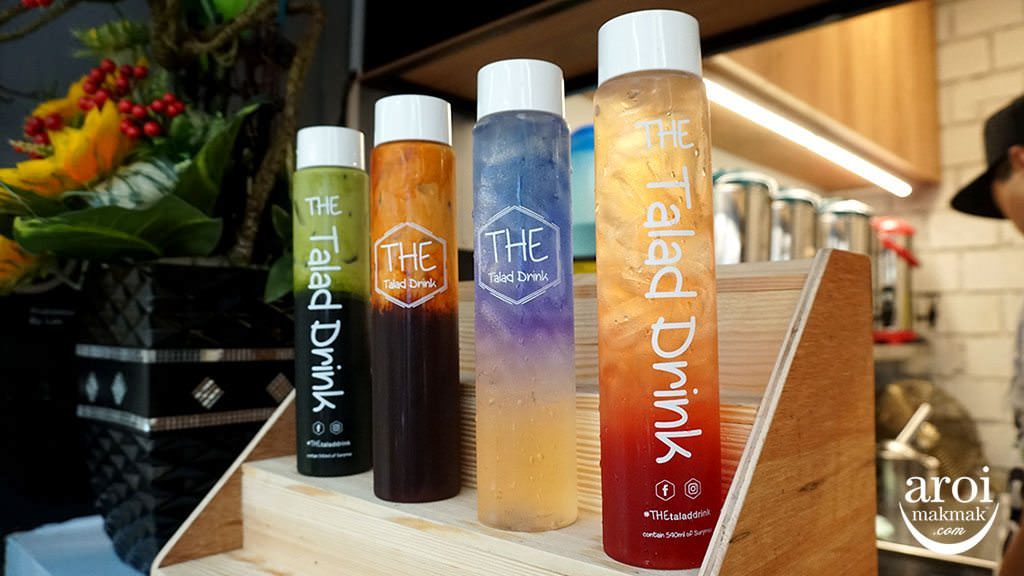 The Talad Drink and Thai Kitchen is famous for their colourful Insta-worthy drinks that I am sure would be flooding your feed over the next few weeks because of Artbox. 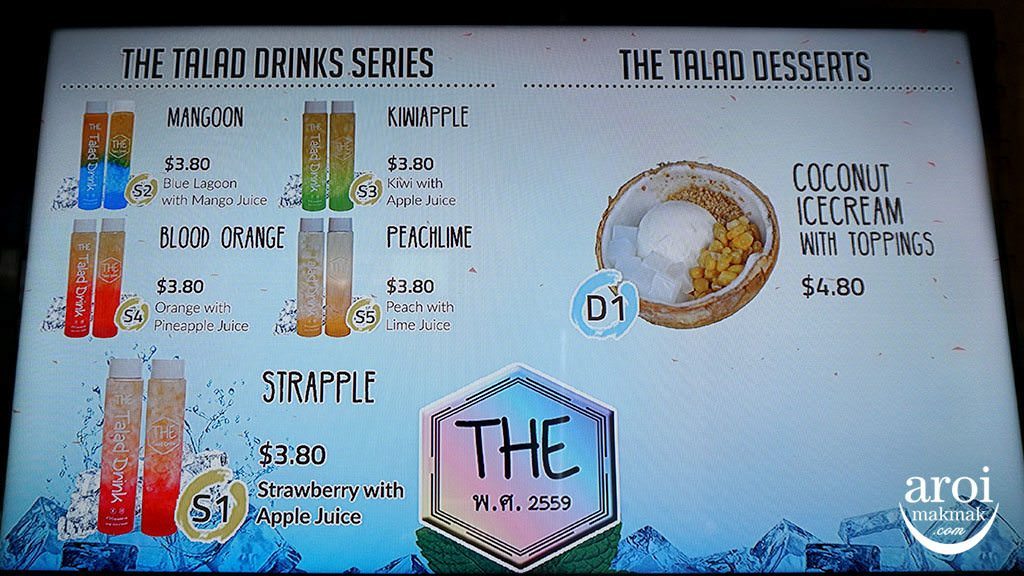 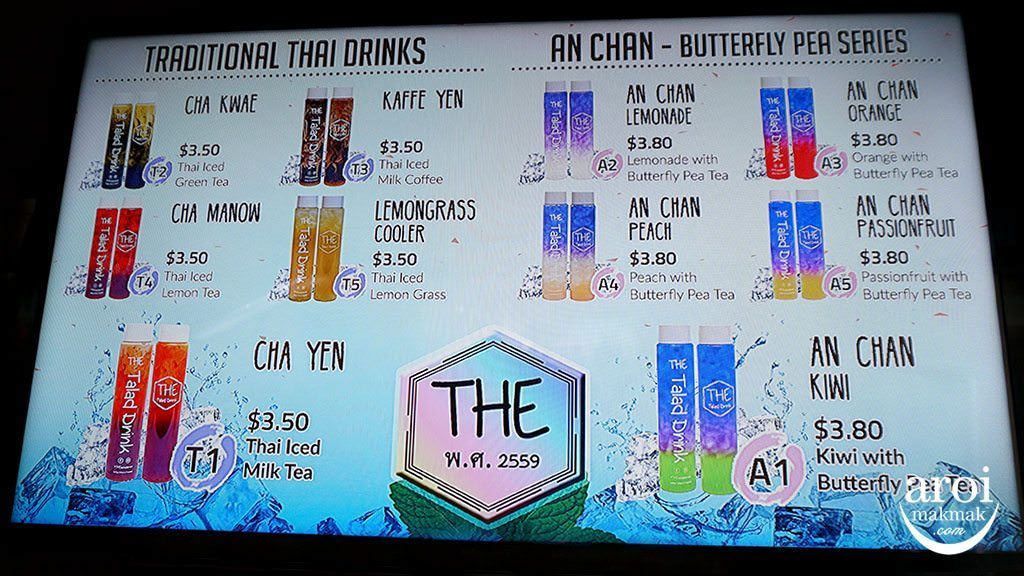 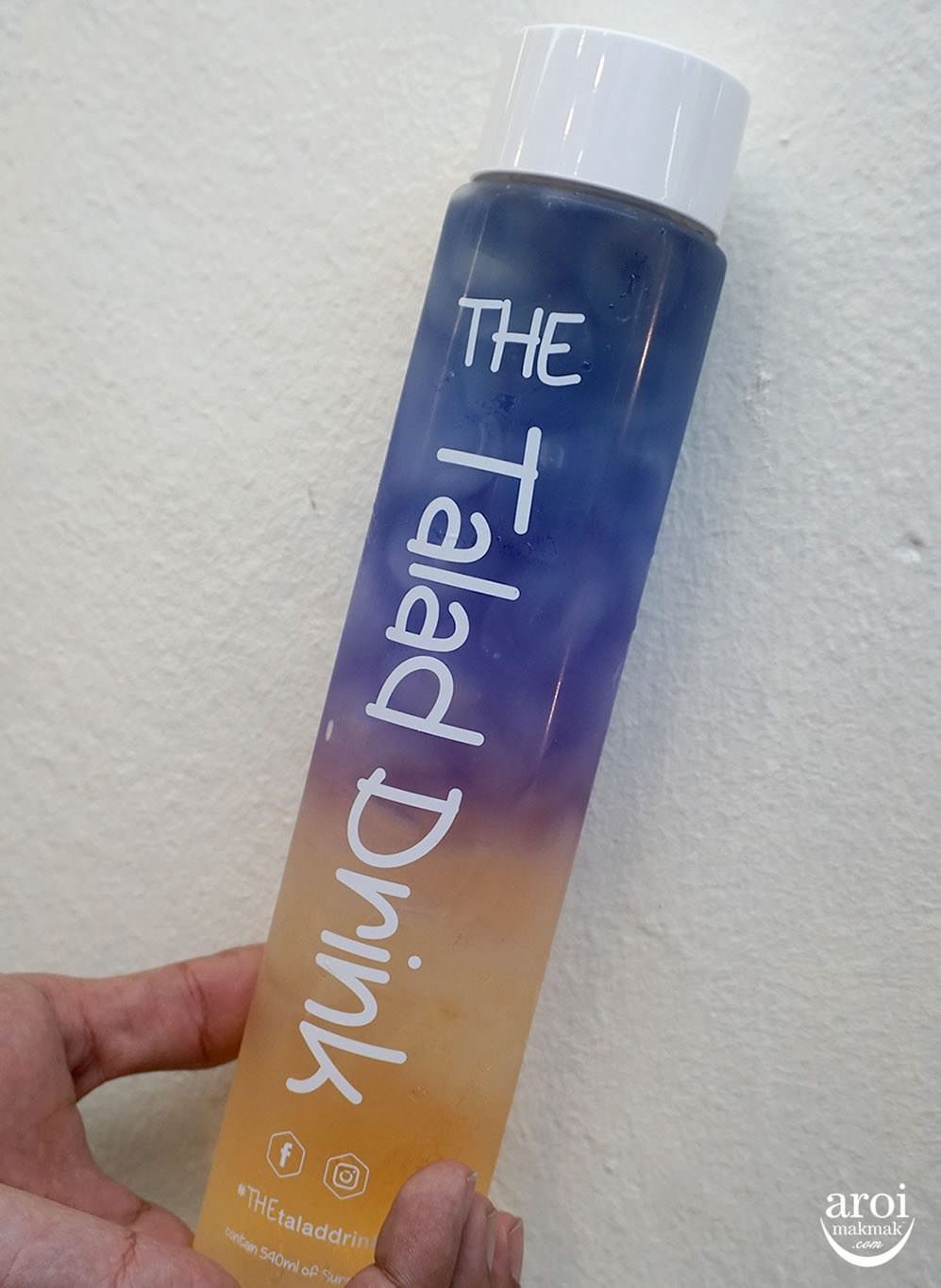 They use Butterfly Pea Tea, a naturally coloured herbal tea that is caffeine-free. As a lot of ice is added, it is recommended to finish your colourful drinks quickly or it may get diluted. I liked the Strapple more because of the scent and because it had a stronger taste as compared to the An Chan Peach.

As for the Thai milk tea, they actually make the tea thicker and sweeter so you do not get left with diluted tea after half your meal. Between the Cha Yen and Cha Kwae, we preferred the Cha Yen as the Thai tea taste was stronger and it was sweeter. 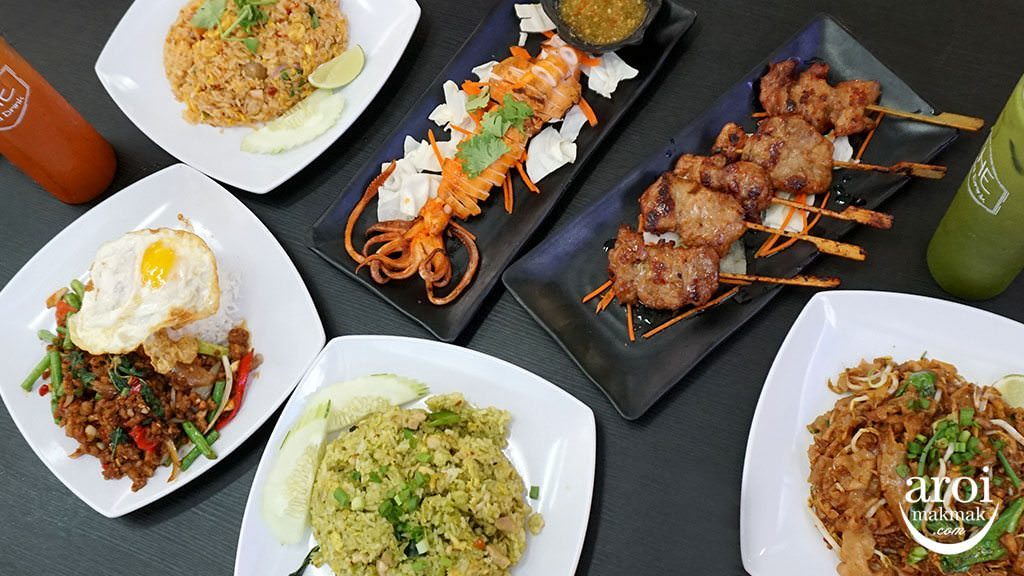 Food is on a separate menu and we ordered the basil chicken rice, green curry fried rice, tom yum fried rice and thai fried kway teow together with a side of squid and pork. 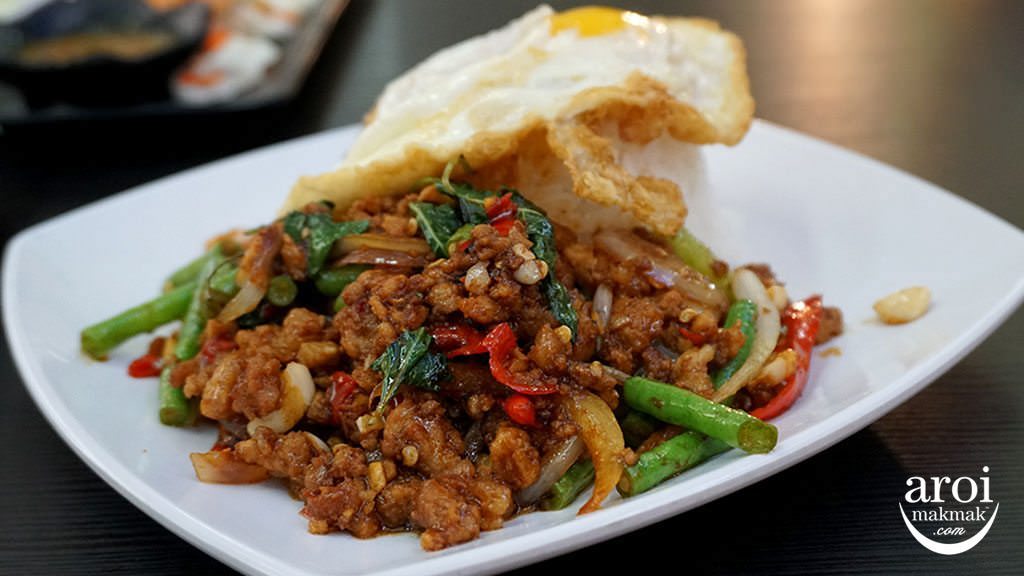 Basil Chicken Rice  [S$6.80] – I would say this is between average to slightly above average. The meat is chewy and well marinated and the egg yolk was runny but the spiciness was a little too much for my liking. It is not unbearable, I have had spicier ones before but the spice here overwhelmed the dish. 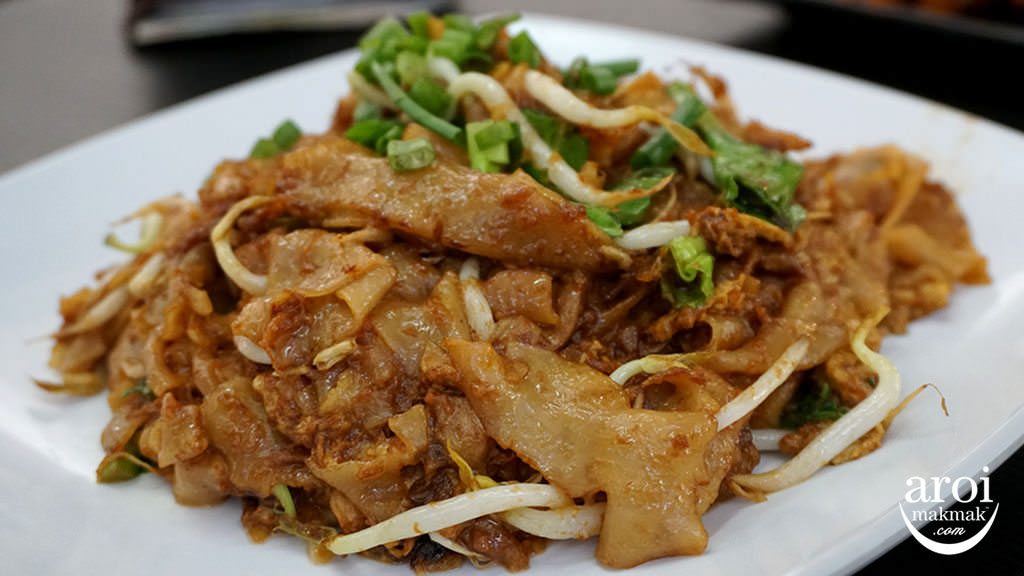 Thai  Fried Kway Teow [S$6.50] – This was pretty normal. We could not taste much of the Thai flavour so it felt pretty much like a standard plate of Fried Kway Teow you normally get in Singapore. 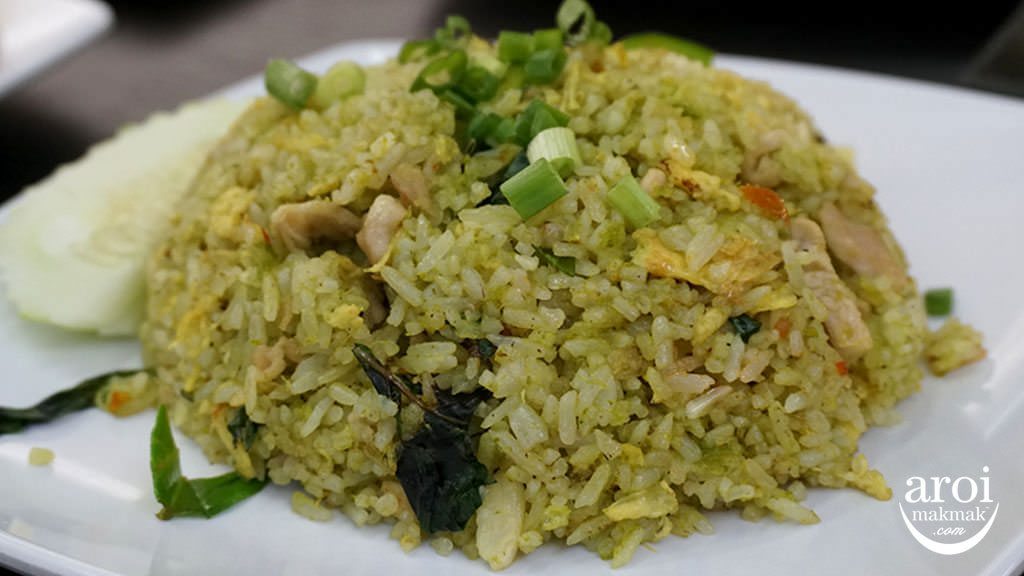 Green Curry Fried Rice [S$6.50] – This is one of their popular dishes and it did not disappoint. You can smell and taste the green curry and the texture of the rice was not bad as well. However, overall I would say it was  quite average. I think I would have liked it more if the green curry flavouring was stronger. 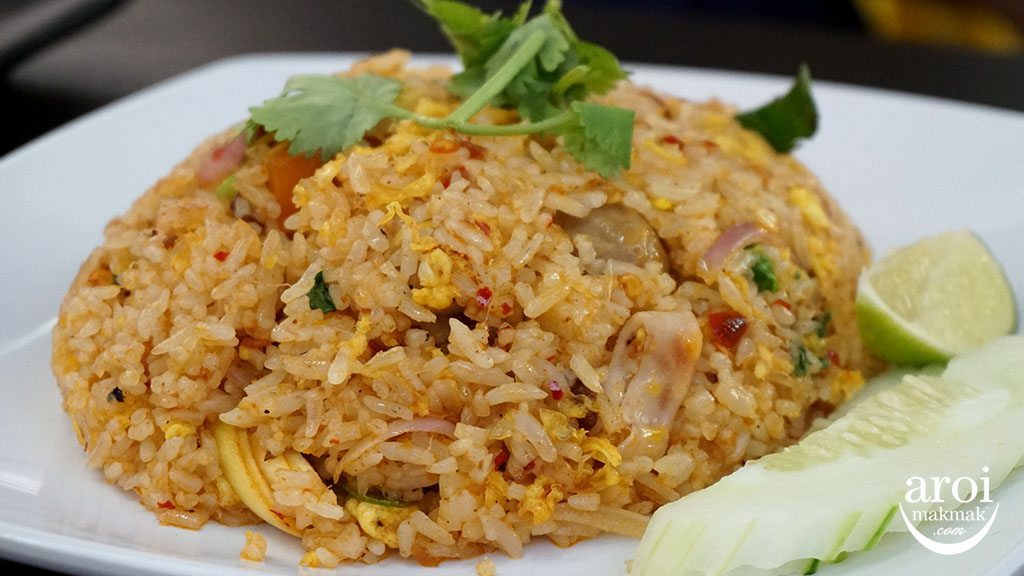 Tom Yum Fried Rice [S$6.50] – This was our favourite and we finished every bit of it. The smell and taste of the tom yum is just nice and I would say that this dish is above average. 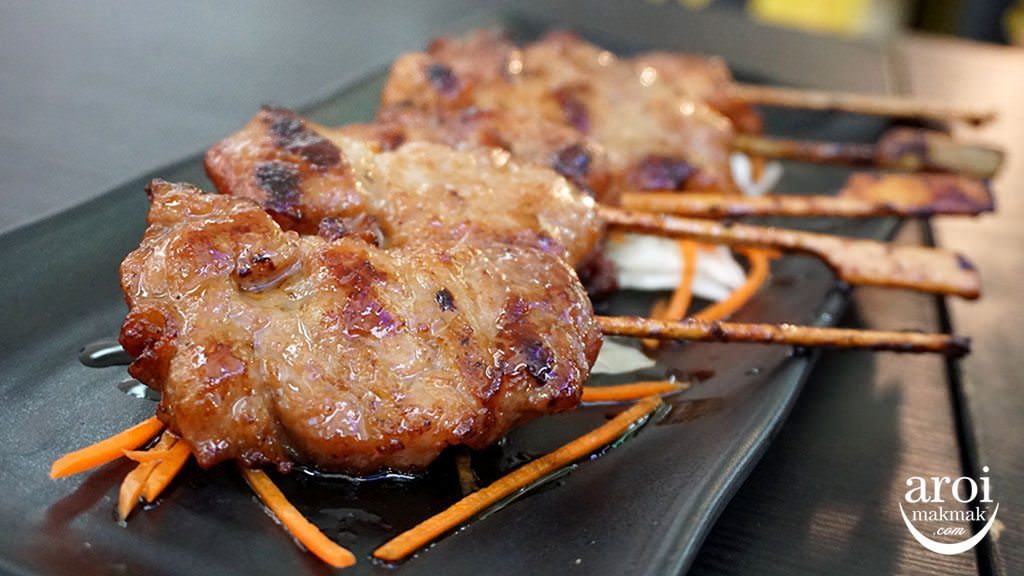 Thai Grilled Pork Skewers [S$10] – The pork was well marinated and really tasted great. However, it was really oily and the skewers were  oily as well which made it rather hard to eat. Do make sure you have tissue on hand if you plan to order this. 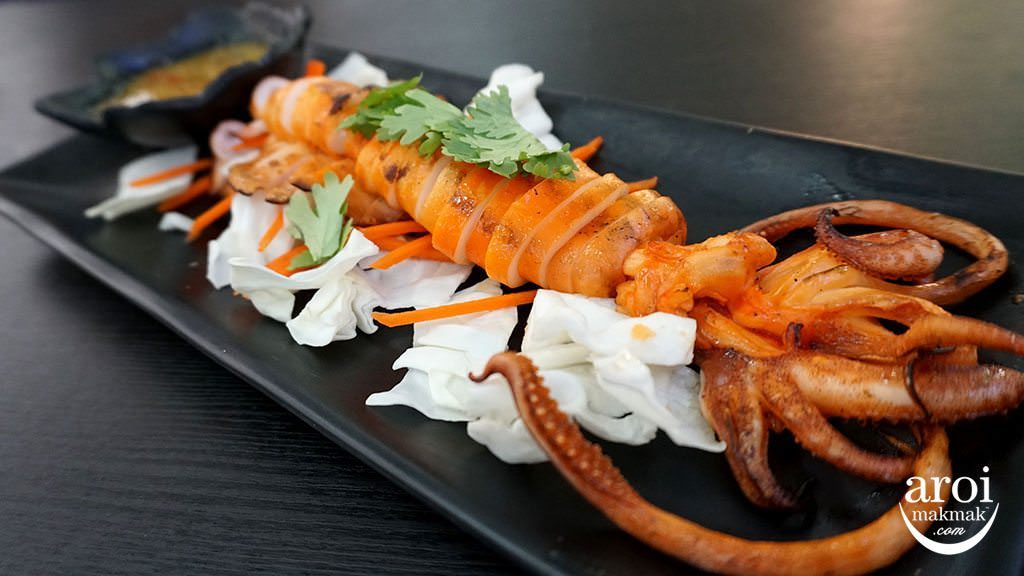 BBQ Squid [S$12] – We also tried the squid which I feel was better than the pork. It was easy to chew and overall easy to eat. The sauce which is a little spicy is separated so this is a perfect dish to share in a group. 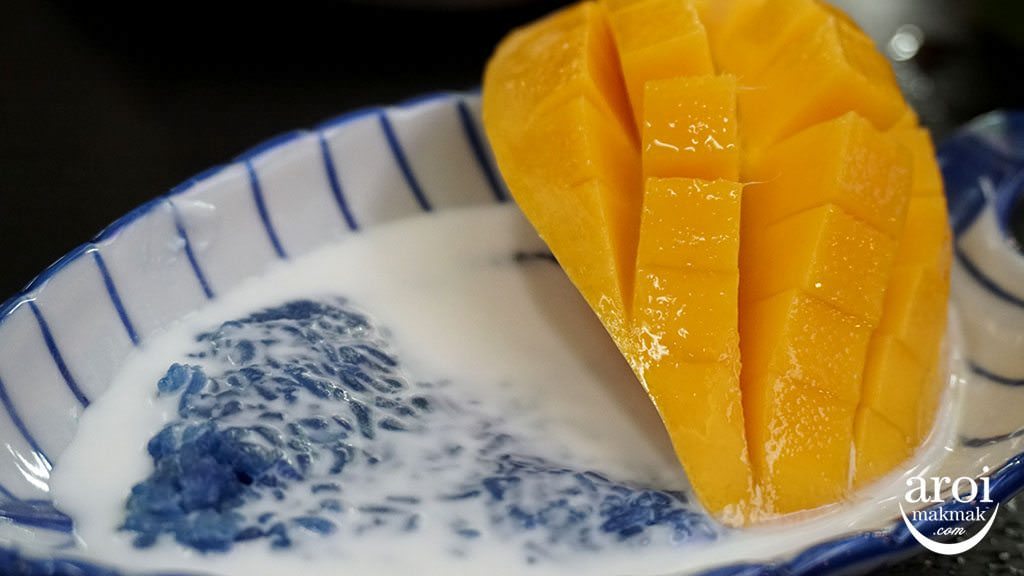 Mango Sticky Rice [S$6] – Now how can you complete a Thai meal without some dessert? We ordered the Mango Sticky Rice. The sticky rice is blue  in colour and the coconut milk is already poured all over it. I loved how they presented the mango. However, the mango was not as sweet as I would have liked.

About the Author: Andrea Ee

It is easy to spot this tiny Singaporean girl in a crowd. You may notice her unconventional unicorn like hair colour or maybe you just heard her squealing over some cute dog, cheap clothes or good food. Andrea loves having fun, being different and taking on new adventures which she documents on Instagram @vexdrea. When she is not working, she is probably at church, shopping at some thrift store or exploring some other country.