Reserve a seat to dine at Tatsumi Here!

All of us want to visit Japan to have the freshest seafood but due to hectic schedules, plans can sometimes not materialise. Till you can finally make it to Japan, did you know that Bangkok is one of the best places where you can get really good Japanese food? There are many Japanese working in Bangkok and of course, they also demand good Japanese food. 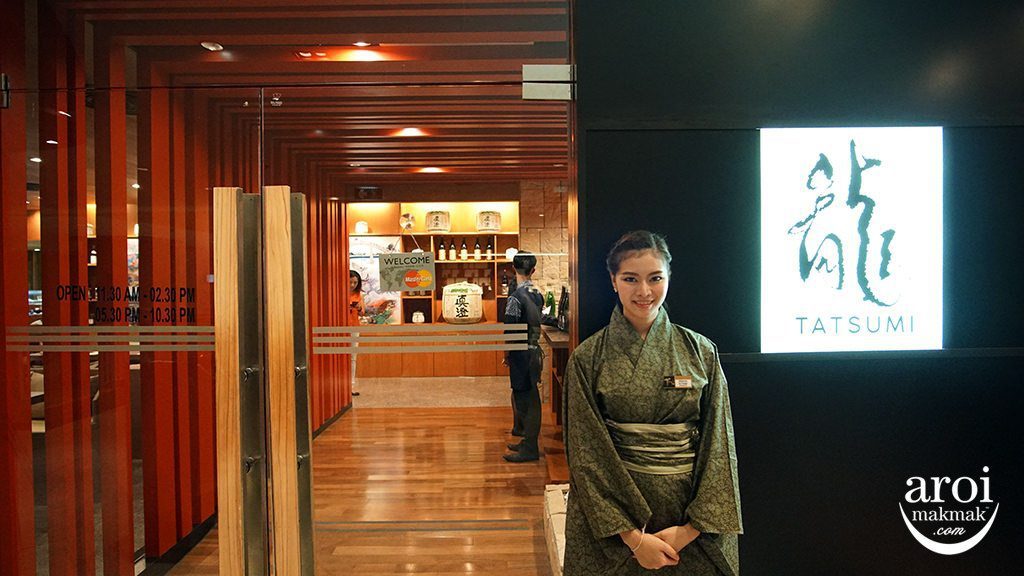 There’s a new Japanese restaurant – Tatsumi, located in Pathumwan Princess Hotel. You will be greeted by girls all decked out in kimono, and you will like you were in Japan. 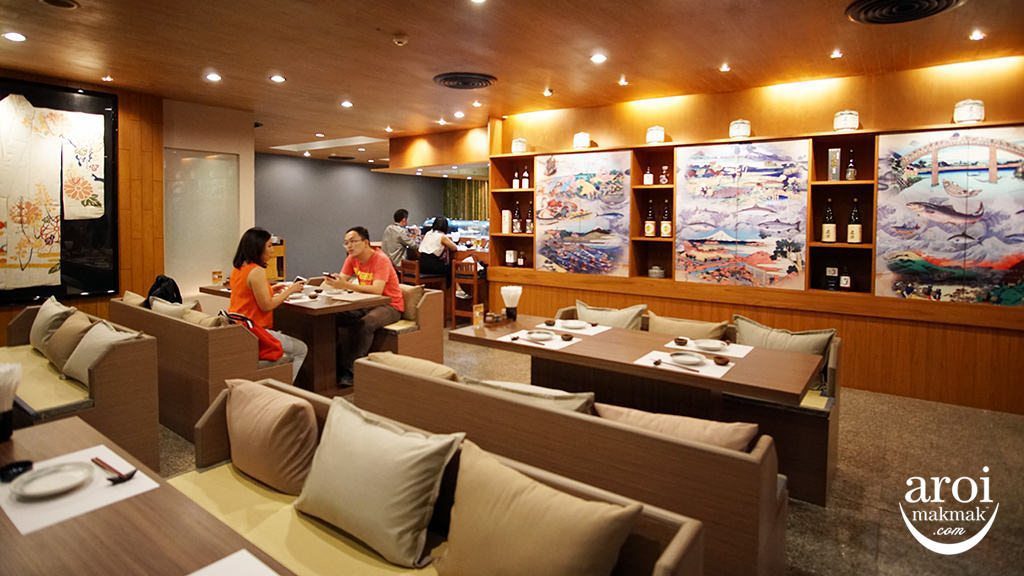 Tatsumi’s restaurant decoration is typically Japanese, with lots of wood, sakae and cushions. 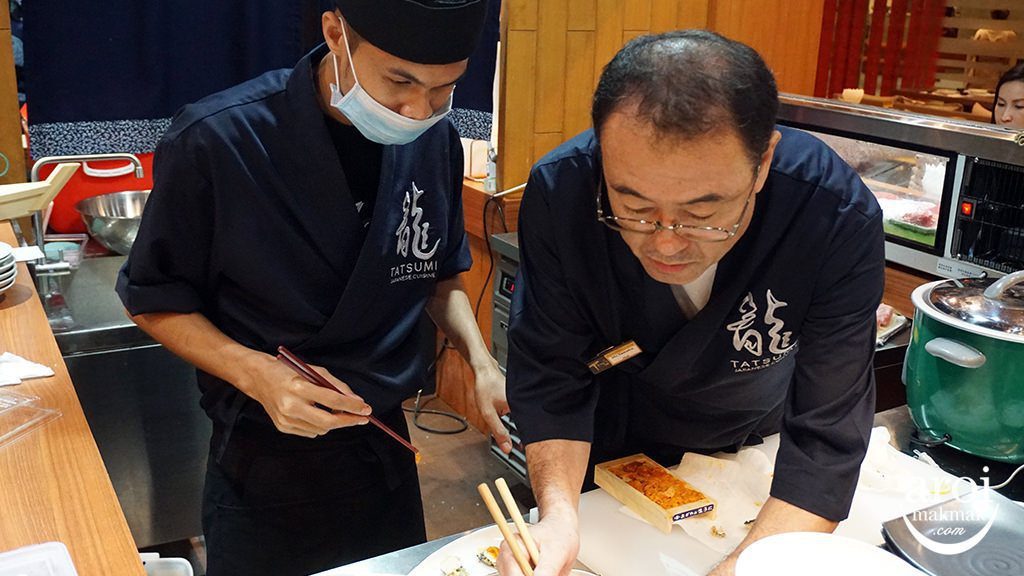 Tatsumi’s kitchen is helmed by Executive Chef Tanaka Shigeru and he will be selecting some of the best cuts for tonight’s meal! 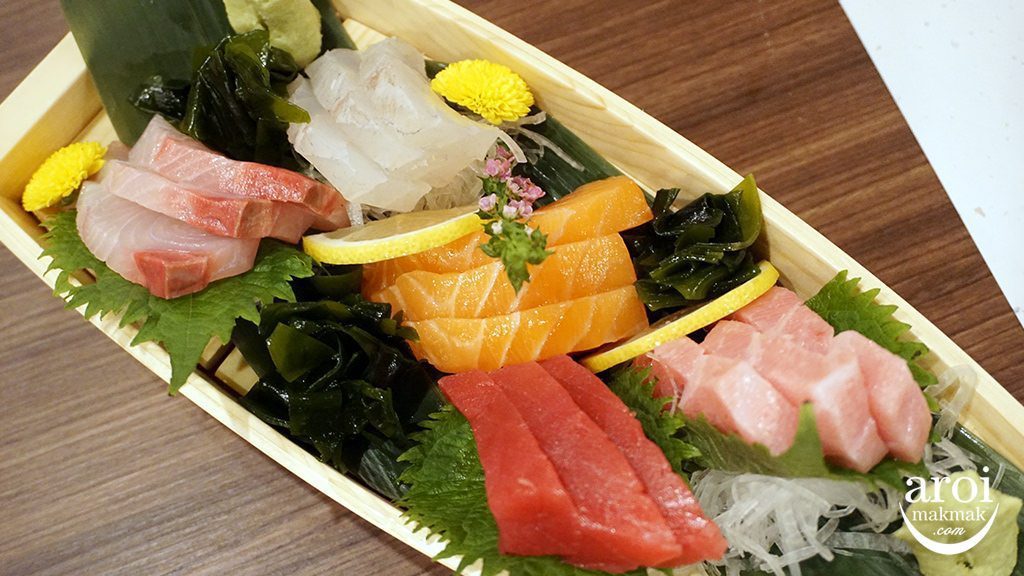 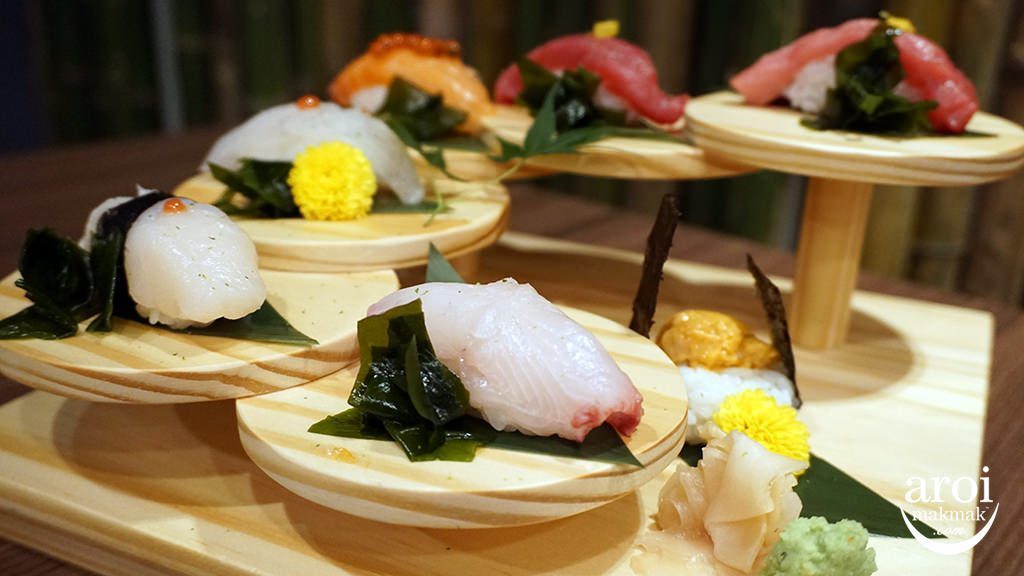 Omakase Sushi 7 Kinds [850฿] – This reminds me of the sushi set I had in Japan. This is so nicely presented but still cheaper than the one at Tsukiji Fish Market. In this picture, the fish featured are Salmon, Kampachi, Fatty Tuna, Red Tuna, Saba,Sweet Shimp and Octopus. 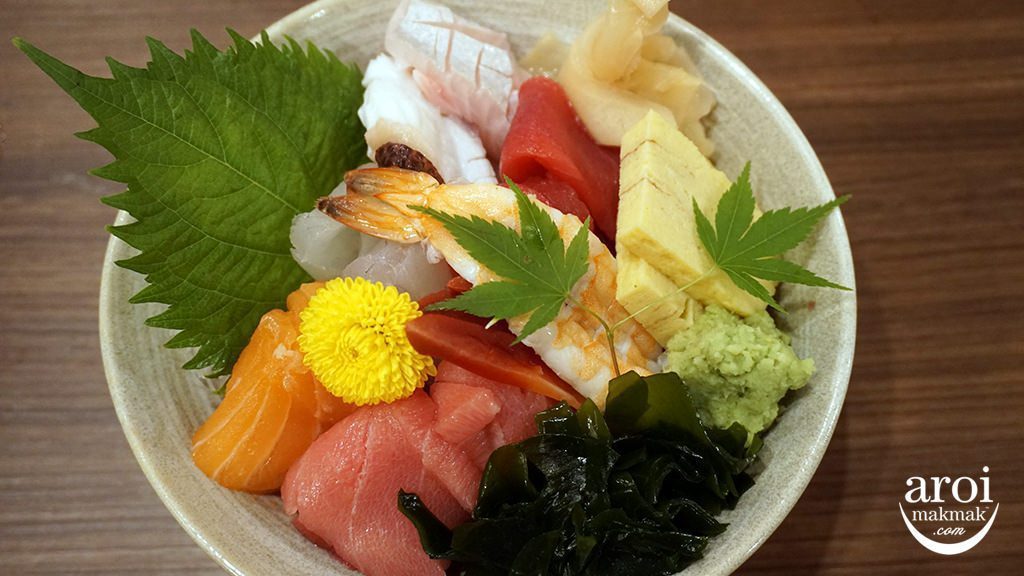 Chirachi Don [1100฿] – If you prefer to have just a simple Japanese sashimi meal which is filling, Chirachi Don should work well for you. You can a rice bowl filled with chef’s selection of fresh sashimi! 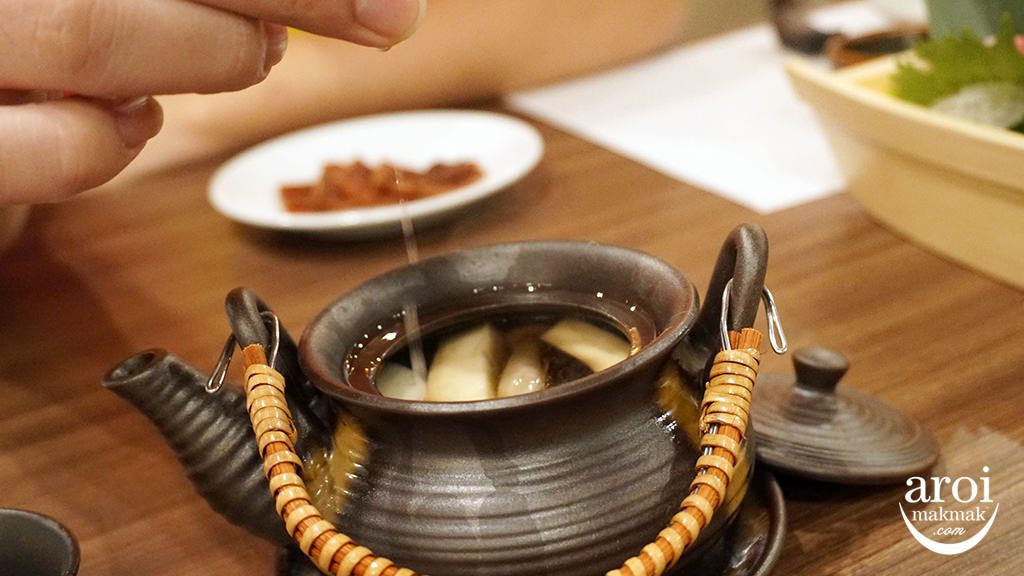 Dobin Mushi [190฿] – I thought that I was served tea until I opened the Dobin Teapot. To my surprise, it is actually a seafood broth and you have to pour a slice of lime into the soup before you drink it. I couldn’t stop drinking because it was so delicious and most importantly comforting. 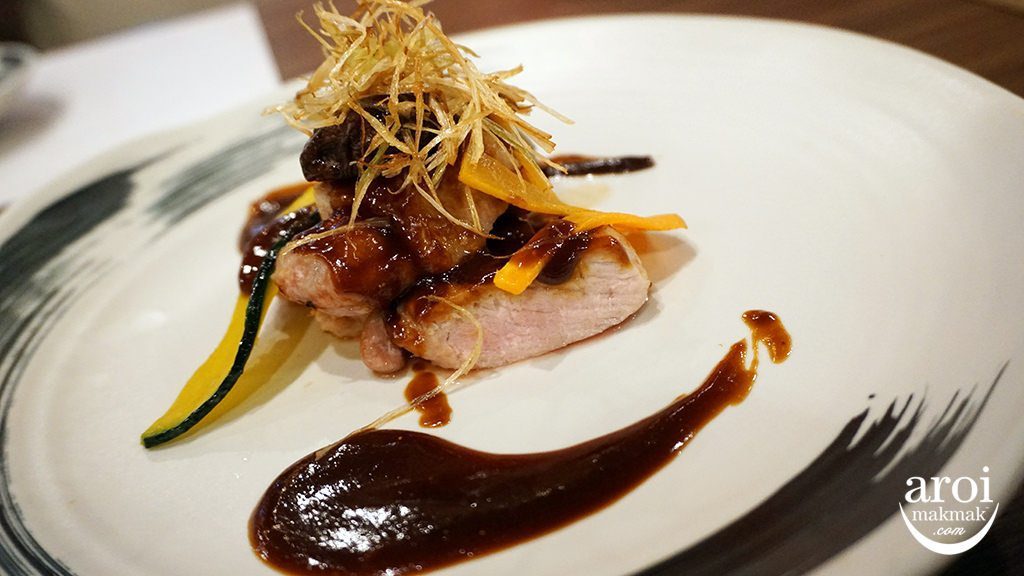 Kurobuta Akamiso [350฿] – The grilled kurobuta pork had quite a tough bite. I personally prefer a more tender bite but of course there are many who prefer a textured bite instead. The Akamiso sauce was the star because it gave the dish so much flavour. I am in love with this sauce! 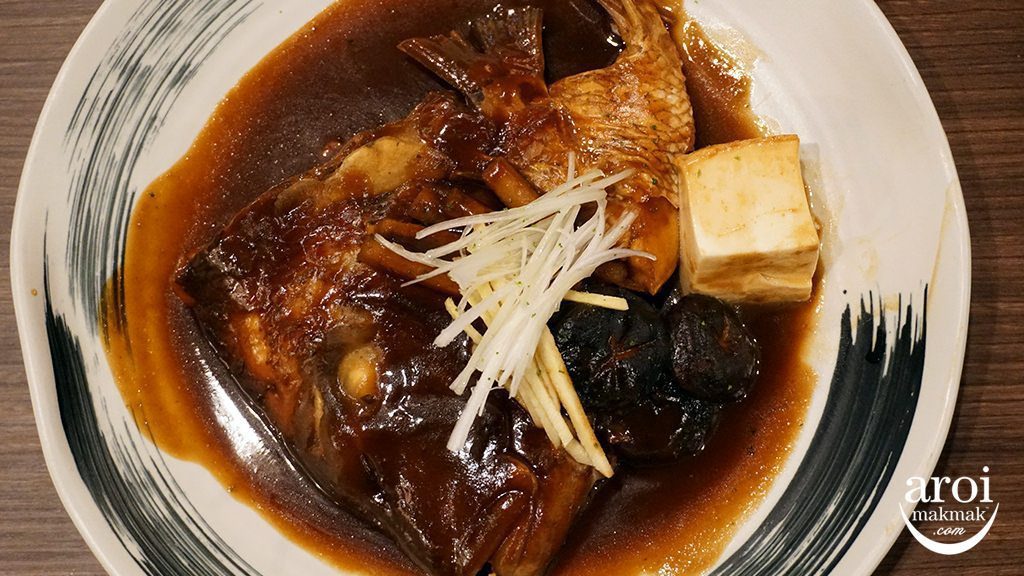 Tai Atame Akamiso Ni [750฿] – Remember the Akamiso sauce I mentioned earlier? This time, it comes with braised sea bream head. This dish captured the hearts of many because the fish meat was so fresh and the whole dish is just so hearty. As what Eddie from Stranger in Bangkok said “It is a dish which I can have it alone.” 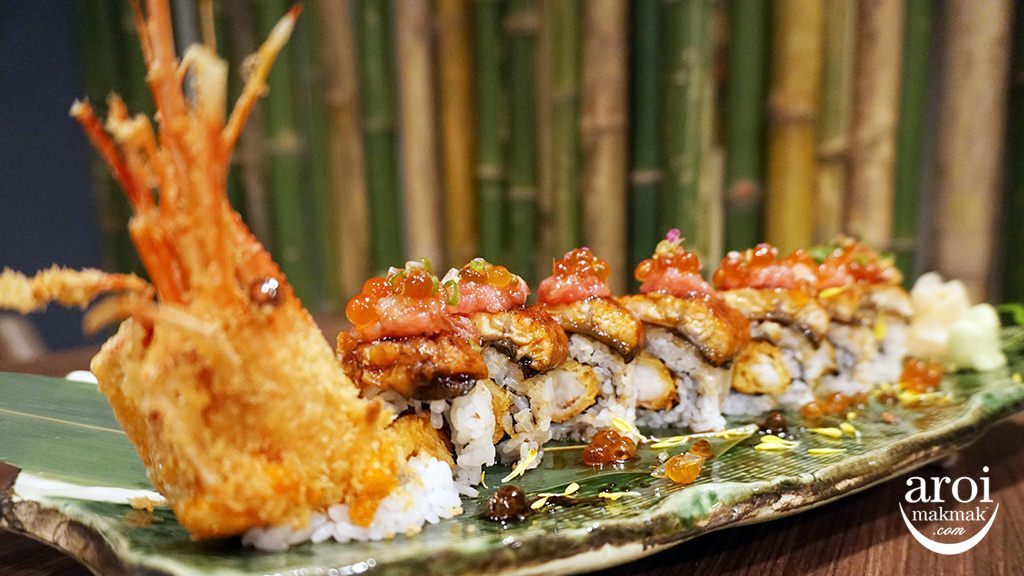 Tatsumi Roll [1150฿] – Modern Japanese restaurants need to cater to the different tastebuds and you definitely will find rolls such as this Tatsumi Roll. This is Tatsumi’s signature roll, filled with Ebi Tempura, Japanese Eel and Salmon Carviar. The ingredients are indeed premium.

The moment you put it into your mouth, you get to experience all the different textures and premium flavours. 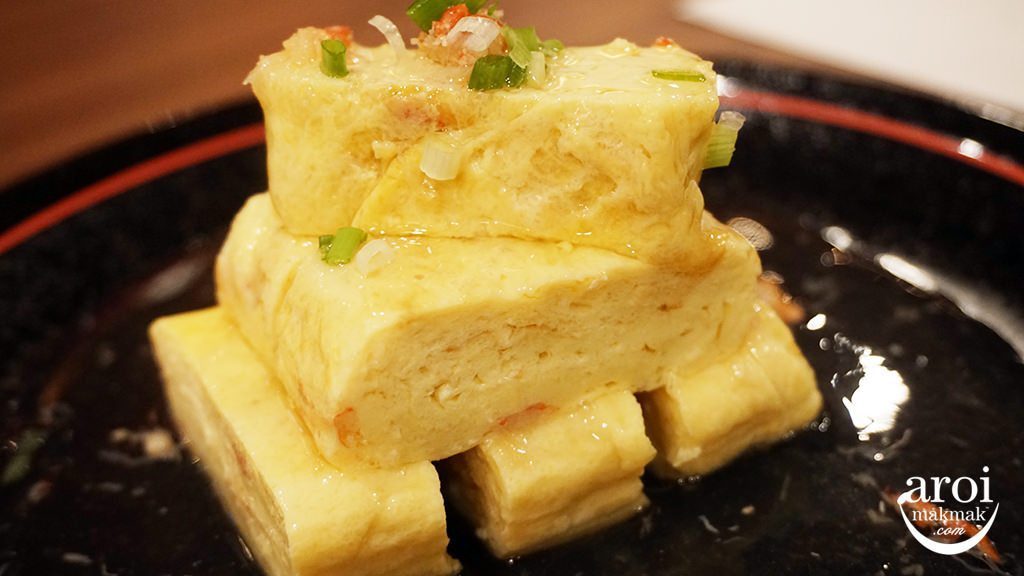 Kani Dashimaki Tamago [240฿] – This is not your typical egg, but Japanese egg omelette called Tamago, with crab in it.

There are many Japanese restaurants in Bangkok but if you looking for one which is authentic, serving the freshest seafood, Tatsumi is a place you might want to check out because it doesn’t disappoint.

Reserve a seat to dine at Tatsumi Here!