Yoogane – Eat it in Seoul and save half the price!

Finding the right restaurant when you’re in Myeongdong can be a struggle sometimes, especially when there’s an abundance of food options to choose from. Here’s one place that you can consider – Yoogane!  Conveniently, there are  three outlets spread around the shopping district. 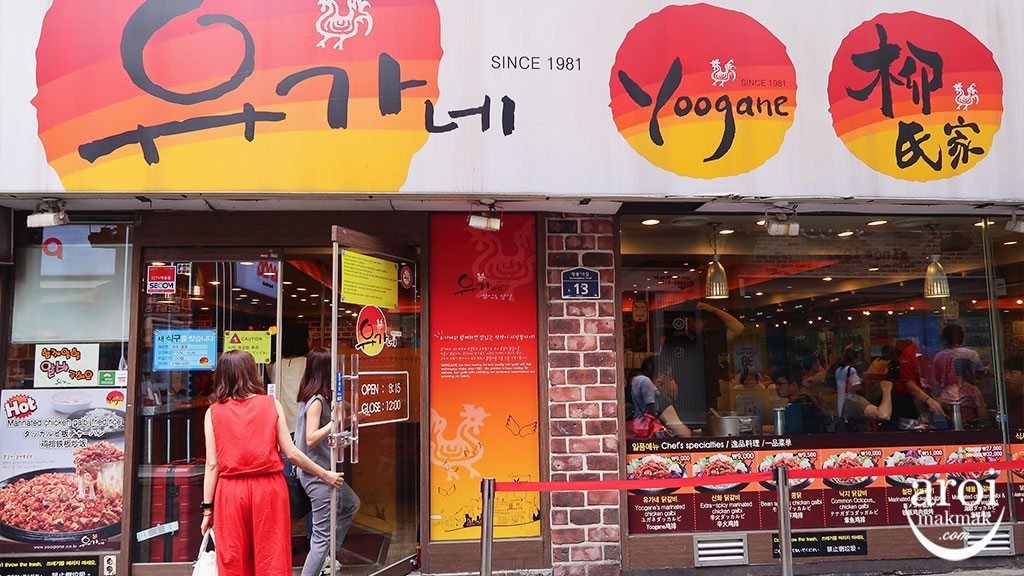 If the name rings a bell, you might have came across it in Singapore at Bugis Junction or Westgate! However, you’d be surprised that the ones in Korea taste different! Here, we checked out the outlet located at one of the main streets in Myeongdong. 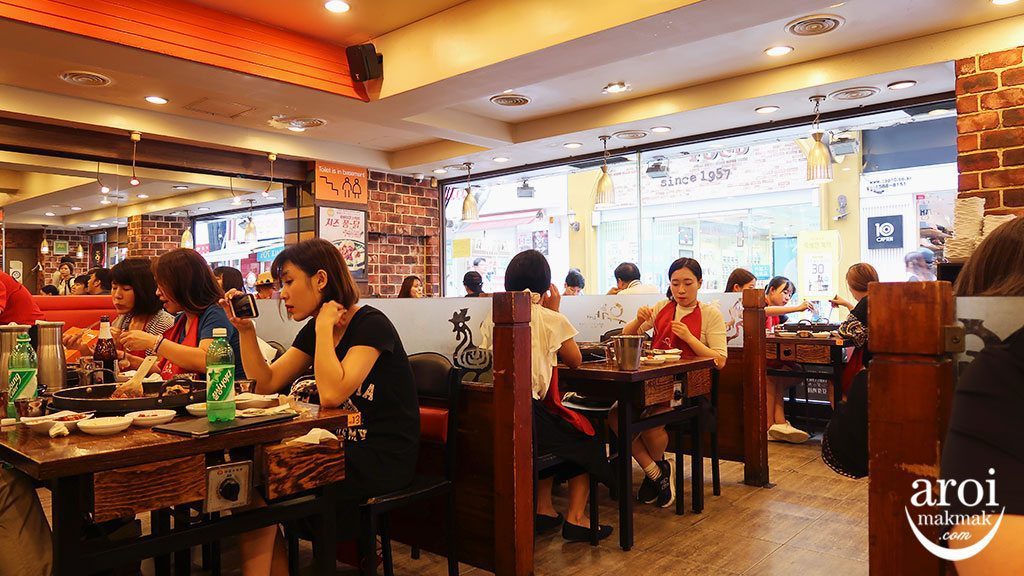 Yoogane proves its popularity as crowds of customers  shuffle into the restaurant from as early as 10 am when the doors open. Don’t be surprised if you come across large groups of foreigners in the restaurant as this place is  a hotspot for tour groups too! 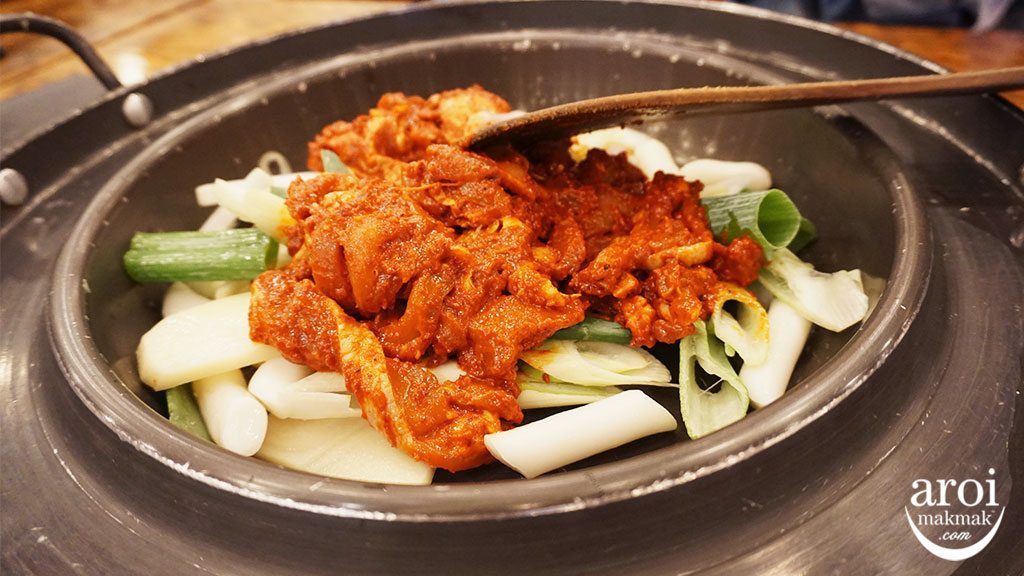 From the menu, we ordered the Cheese Chicken Galbi set. The set came along with complimentary servings of salad and kimchi at the Salad Bar  in the restaurant that you can help yourself to. 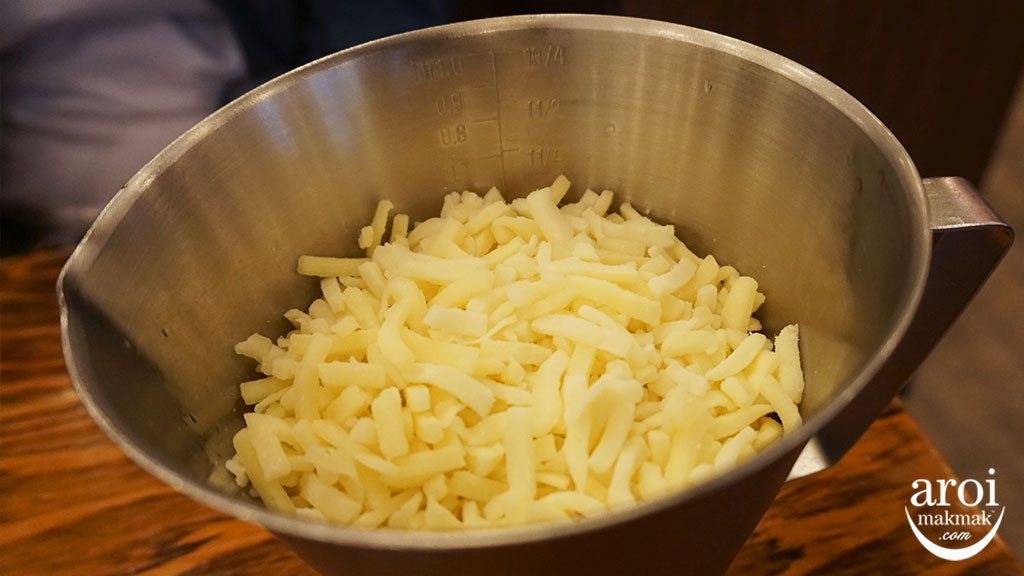 For all of the dishes that they had in the menu, you have the option to add on any toppings on top of your order. In our case, the cheese came with the meal with the 3 different types of Tteok(Rice Cake)  – Plain, Cheese and Sweet Potato. 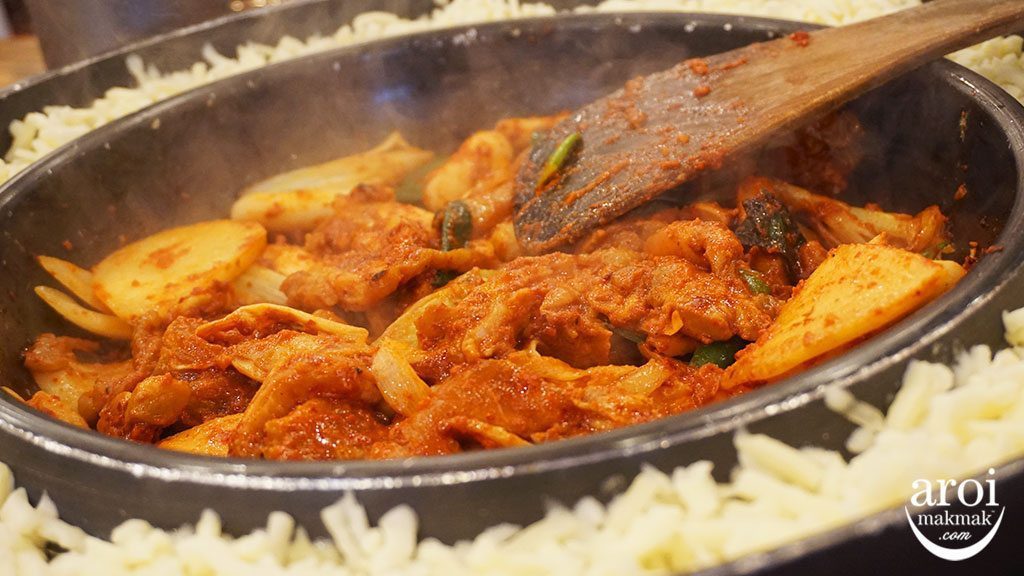 What I like about Yoogane is that the staff will help out with the cooking so that the chicken is not undercooked and neither would it be overcooked. Two thumbs up for the service!

Apart from that, I really enjoyed how well-marinated the chicken was. In comparison to the ones they had in Singapore, their marinade is twice as good and the chicken was fresher. It took about 10 to 15 minutes for the whole meal to be cooked, which was relatively fast for a promising meal like this. 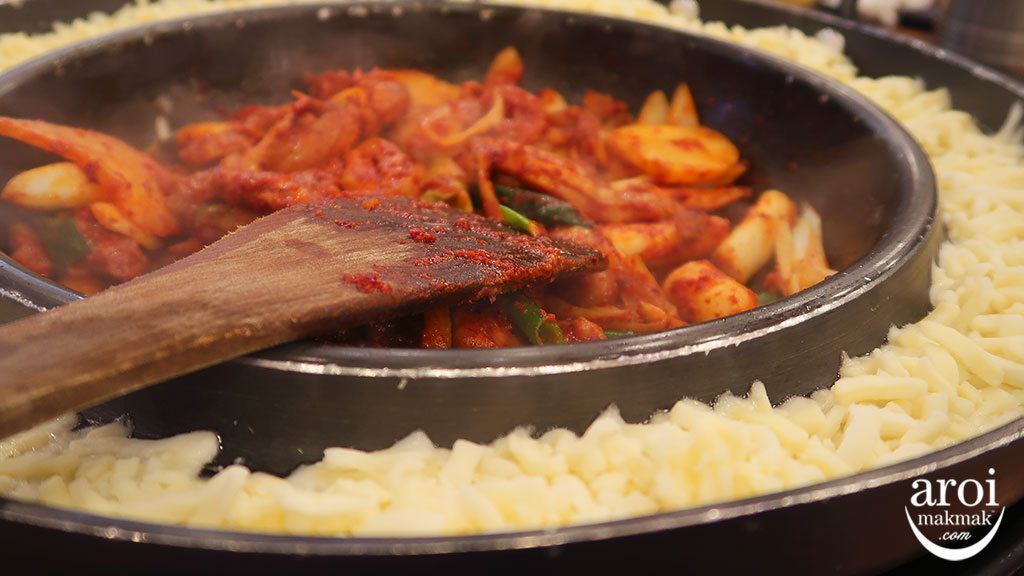 After the chicken has been cooked to perfection, you can dip and wrap the chicken around the melted cheese surrounding the hotplate. The taste was  so indescribably good! As for the  Tteok, I particularly enjoyed the Sweet Potato one more than the others because of the mix of sweet and savoury flavours from the marinade.

Another thing to note about Yoogane is that, in Korea, it is almost half the price than it is in Singapore. Thus, it’s a great bargain and a meal that will definitely be worth your buck! What I would recommend is that this serving would suffice for 2 hungry pax and if you’re coming in a bigger group, I would suggest you order an extra portion or a few more toppings on top of your order.